Jacob Jordaens, Satyr and the Peasant 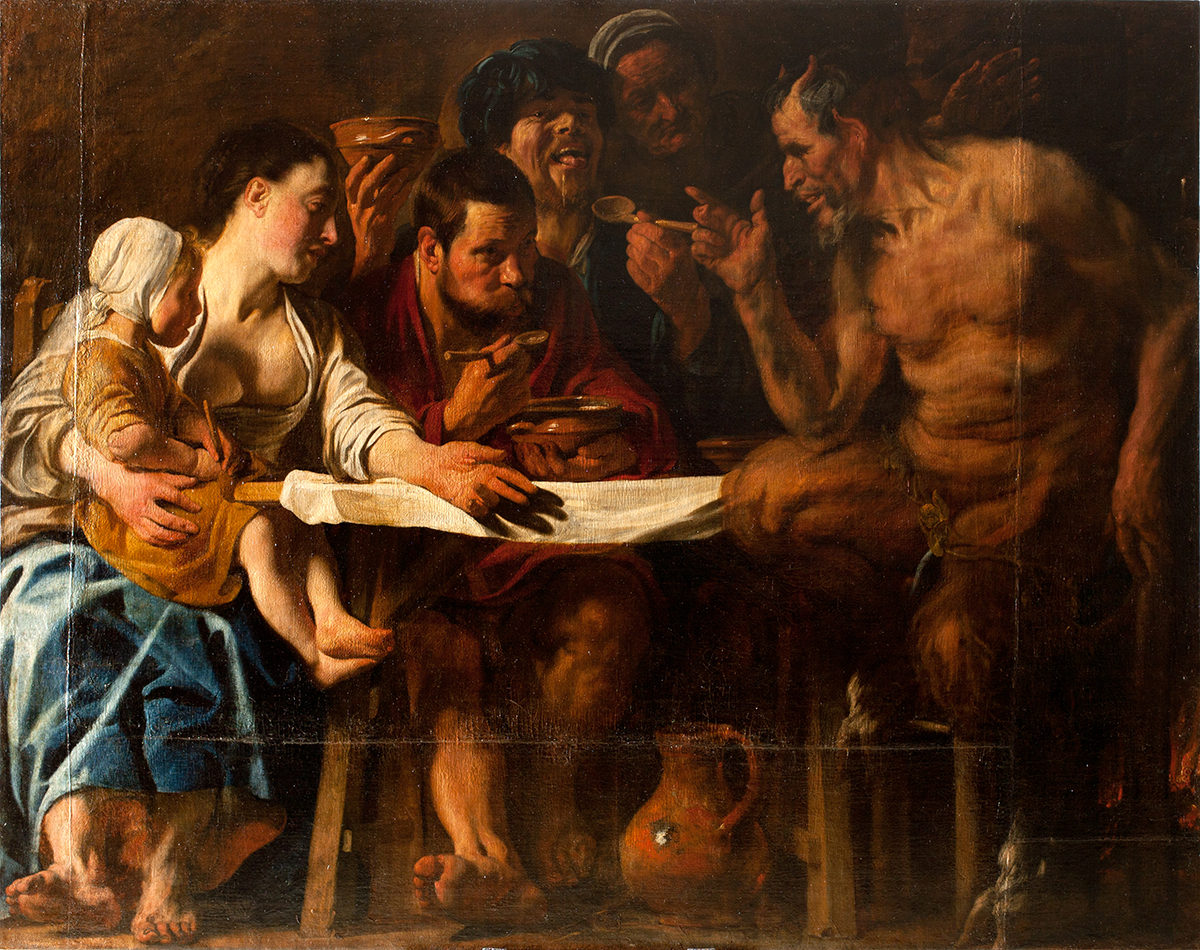 Zoom
Conservation of Jacob Jordaens’ Satyr and the Peasant

Jacob Jordaens’ Satyr and the Peasant, circa 1622, entered the Pushkin State Museum of Fine Arts in the 1930's. Until 1769, the painting was in Dresden in the collection of Heinrich, count von Brühl (1700 - 1764), and then was bought by Catherine II for the Hermitage collection.

Like most of the 17th century painting, Jacob Jordaens' work was studied, as well restored. Some of the treatments were for the cosmetic purposes, some left significant traces, changing the original appearance of the painting. The inevitable impact of time, transportation, different storage regimes and aggressive elements associated with various approaches to restoration for almost 400 years of the existence of the work have all affected its state of preservation.

In 2012, the year when the Pushkin State Museum celebrated its 100th birthday, a comprehensive study of the painting and major conservation treatments were carried out.

The documentary is available in Russian