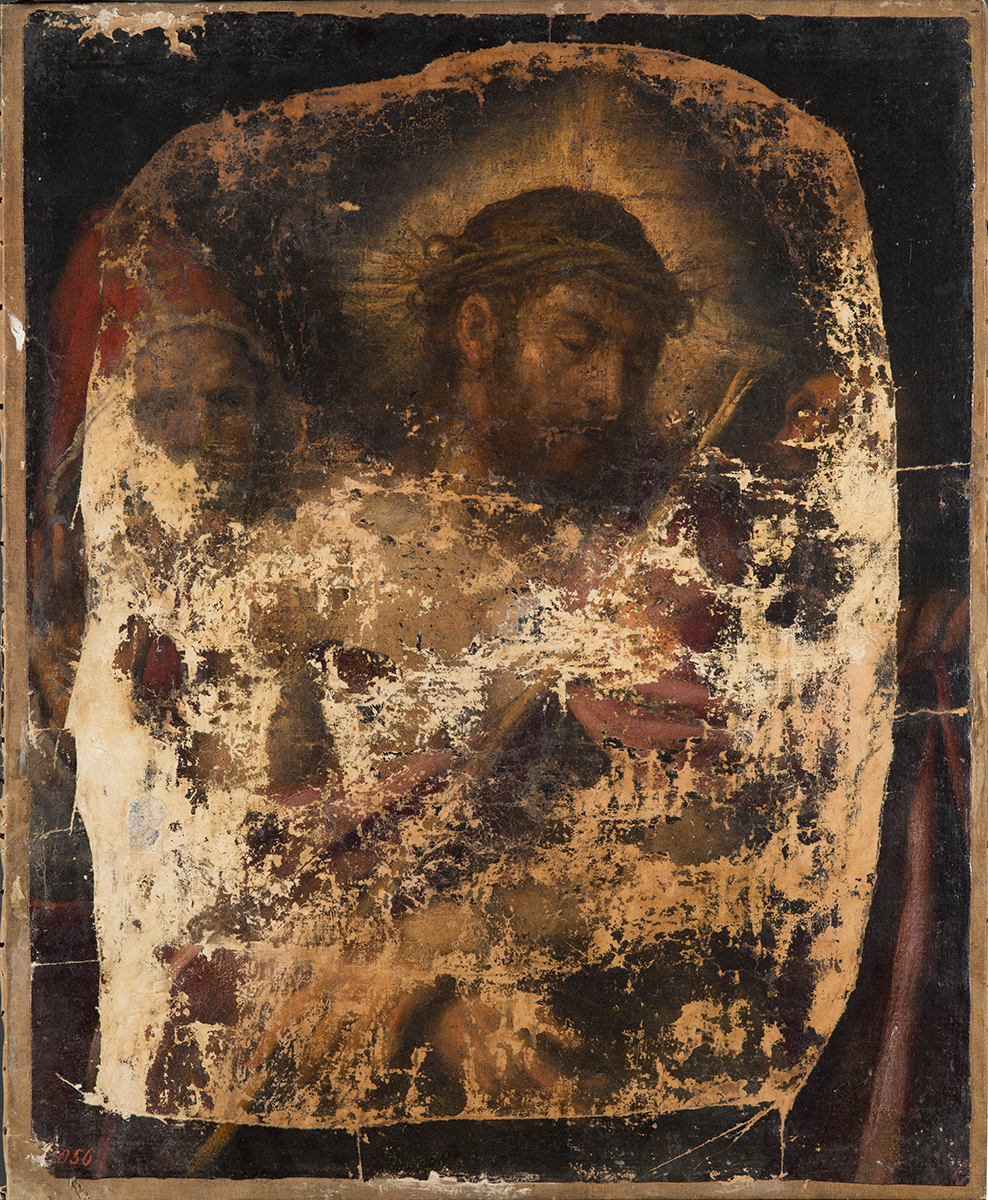 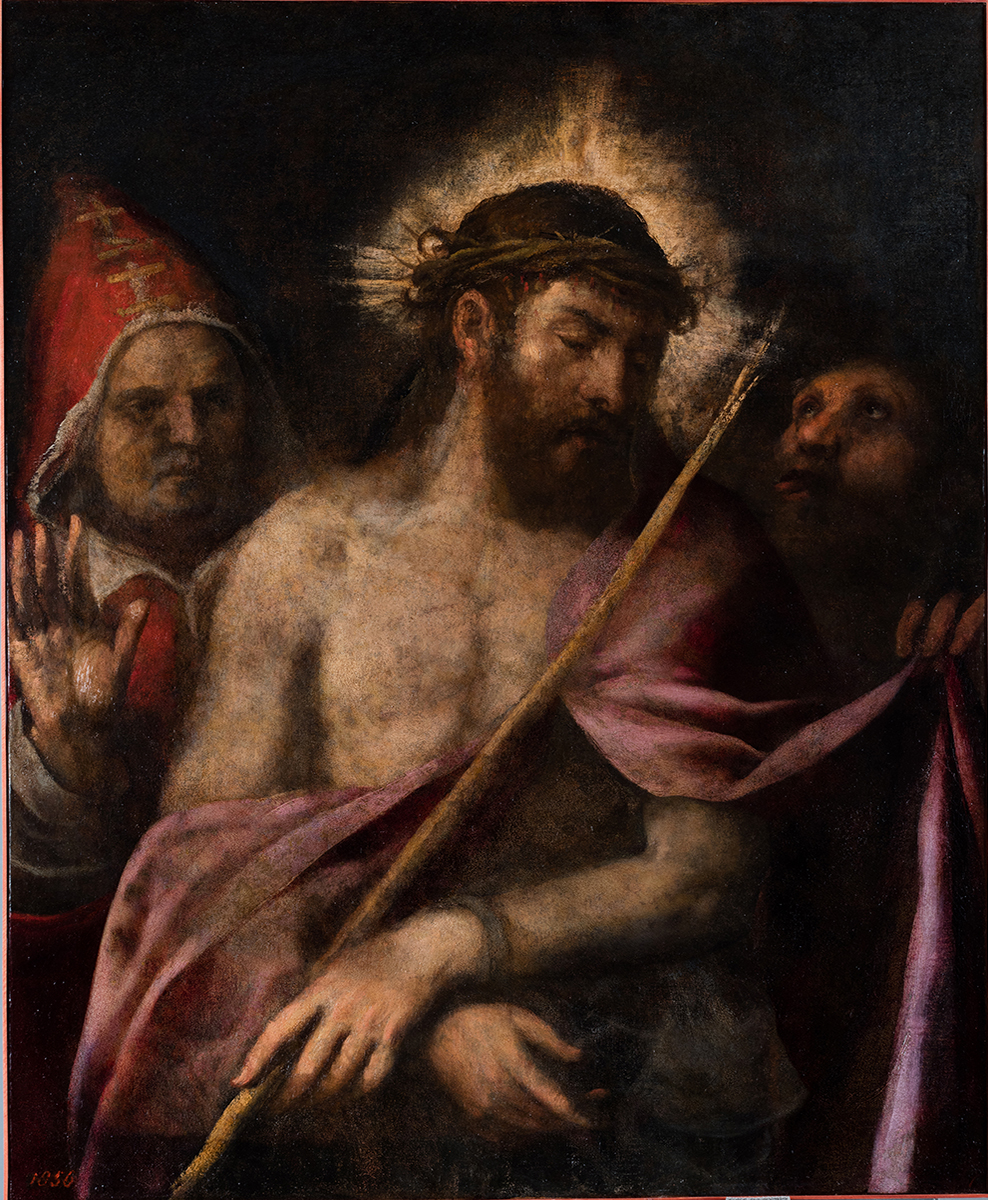 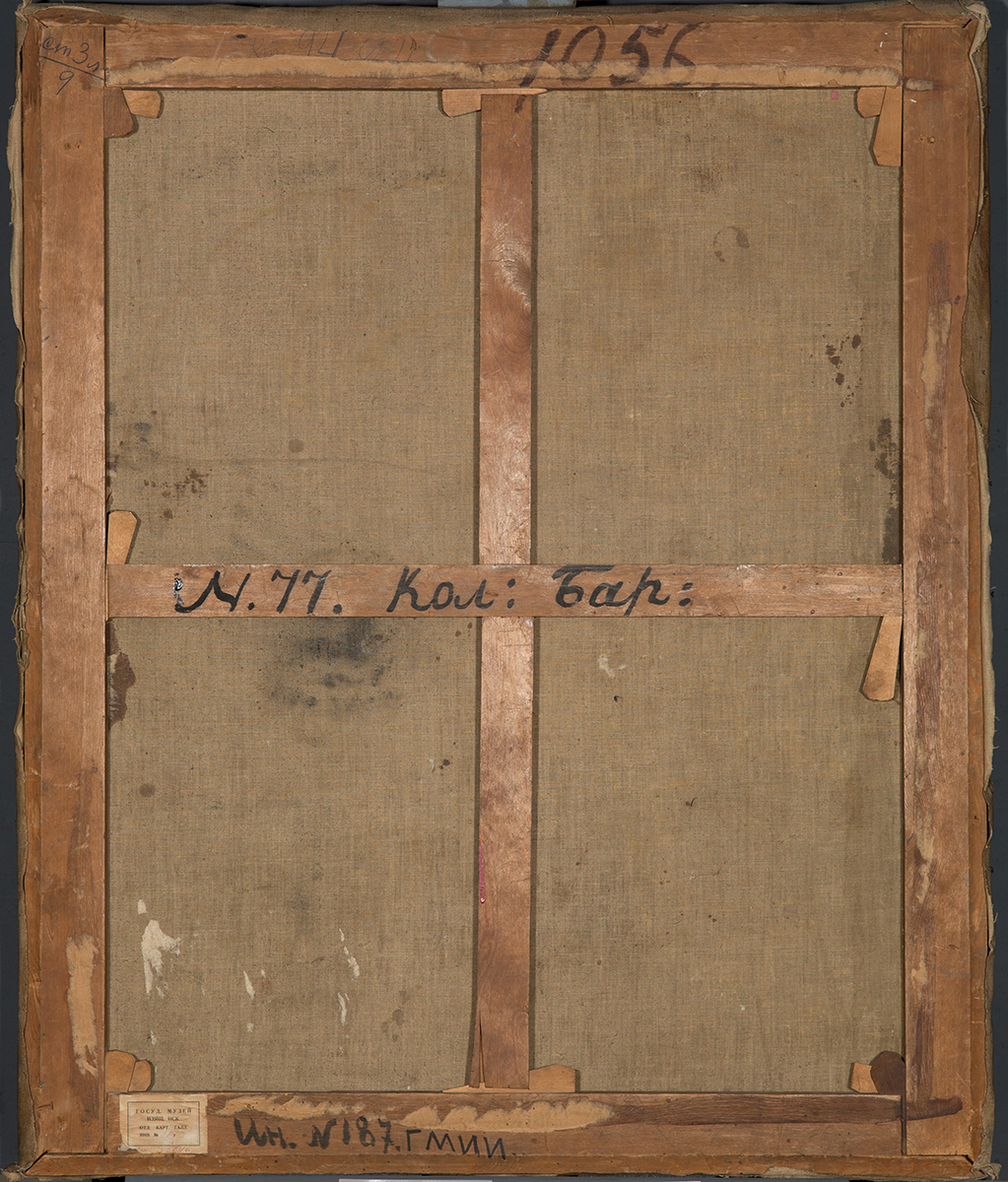 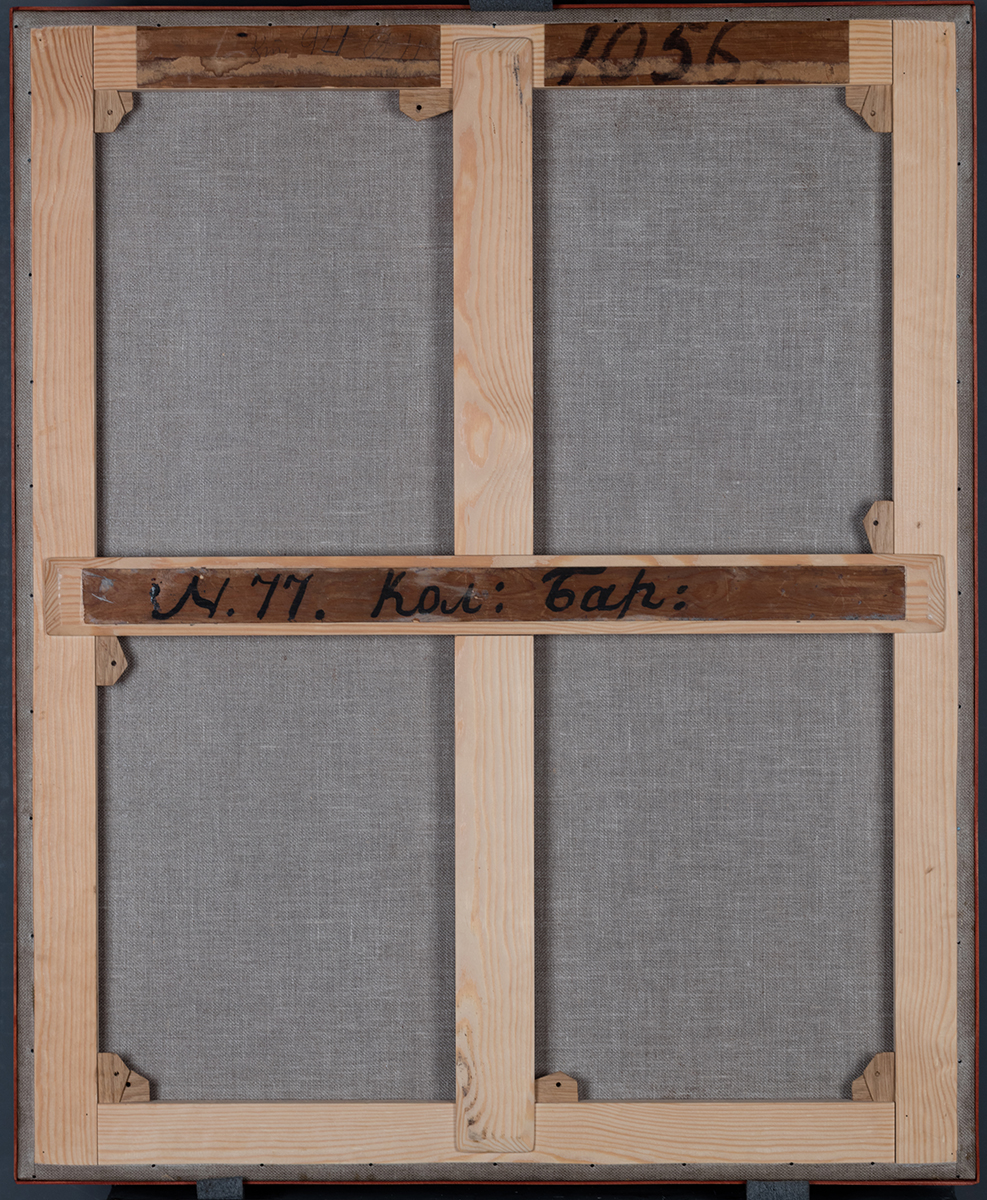 Conservation of the painting "Ecce Homo" by Titian at The Pushkin State Museum of Fine Arts first began in the 1930s after its theft and return. During the theft, the central part of the picture was cut out. The canvas’ edges remained at the museum. For more than three years, the stolen fragment was stored rolled up in a damp environment, as a result of which considerable part of the paint layer was lost. In 1934, Vasiliy Yakovlev, paintings conservator of the museum, consolidated the preserved painting areas and matched the obtained central part with the edges. Then the picture was relined with a new canvas and, the lost fragments of the ground and paint layers were filled with white primer. At this stage, the work on the painting was suspended.

In 2016, the painting once again entered the conservation workshop of the Pushkin State Museum for examination and analysis. The reason was the poor condition of the work. Visual inspection revealed base deformation and poor adhesion of the canvas to the lining. The edges of the canvas joined to the cut-out fragment were deformed. The primer and the layers had weak adhesion to the base. Thus, according to the results of the primary surface examination, it became clear that conservation treatments were necessary. The ground and paint layers were consolidated, the old lining was removed, the cut edges of the canvas were put together and the painting was relined with a new canvas. The old canvas-stretcher was replaced due to the severe deformation of the planks. Valuable inscriptions were transferred together with a thin layer of wood and glued to a new canvas-stretcher.

To determine upon the further necessary conservation treatments, technical and technological studies were continued. An x-ray of the painting revealed the preserved fragments of the artist’s painting previously hidden under the conservation primer from the 1930s.

The analysis of the conservation primer made it possible to detect chalk and animal glue in its composition. Trial thinning of the conservation ground unveiled considerable areas of the original image preserved under it. The visible luminescence from the surface under the UV-rays revealed the presence of a film of varnish on the main image and thick layers of later varnishing along the edges. Microscopic studies discovered the artist's painting of varying degrees of preservation under the layers of contaminated yellowish varnish over the entire surface and under the recent overpaint areas along the edges of the work.

Detailed x-ray analysis of the painting unveiled the underlying layers of the work: under the image of Christ in front of Pilate, when the x-ray photograph is rotated, a male portrait is visible. Thus, we can make a conclusion that the artist recycled the portrait as the canvas for this painting. Physico-chemical analysis of the pigment composition defined the artist’s colour palette.

The examination revealed about 15% of the traumatic losses of the artist's paint layer and 15% of structural damages under the layers of later varnishing and inpaintings. Conservation treatment tasks and methods for solving them were determined based on that.

Before the restoration began, the recent layers were treated. The top coating was thinned. Later inpaintings were partially removed, in places of severe scuffs of the author’s painting, they were kept and retouched.

When retouching, natural pigments and natural resins were used, similar to the authentic colour materials of Titian. In this case, the point painting technique was used: pigments were applied in fine brushstrokes to fill the losses of the paint layer. The scuffs were tinted selectively in order to visually reintegrate ruined areas with the remaining original paint. The use of historical materials made it possible to get as close as possible to the original colours, and the technique used allows to visually distinguish the restored parts from the original painting. 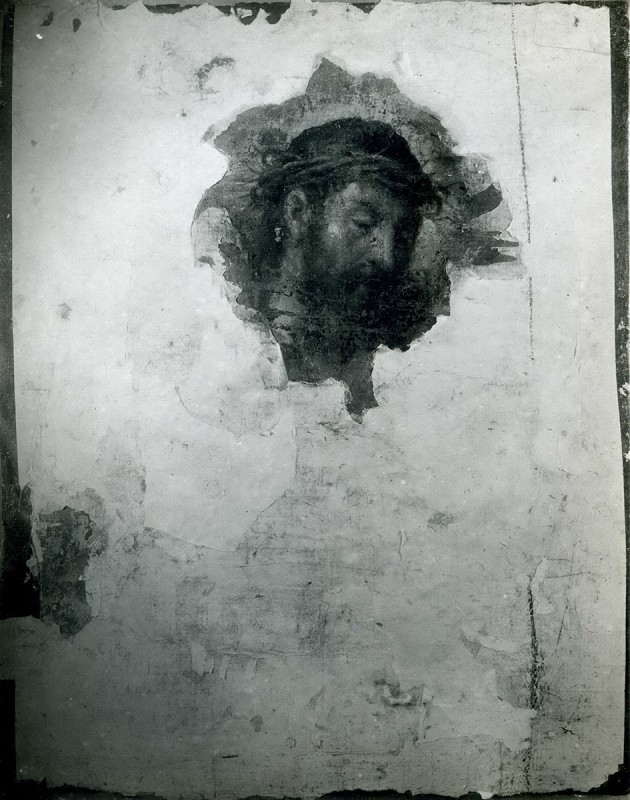 In the process of removal of conservation paper stickers, after the central part of the painting was attached, 1931 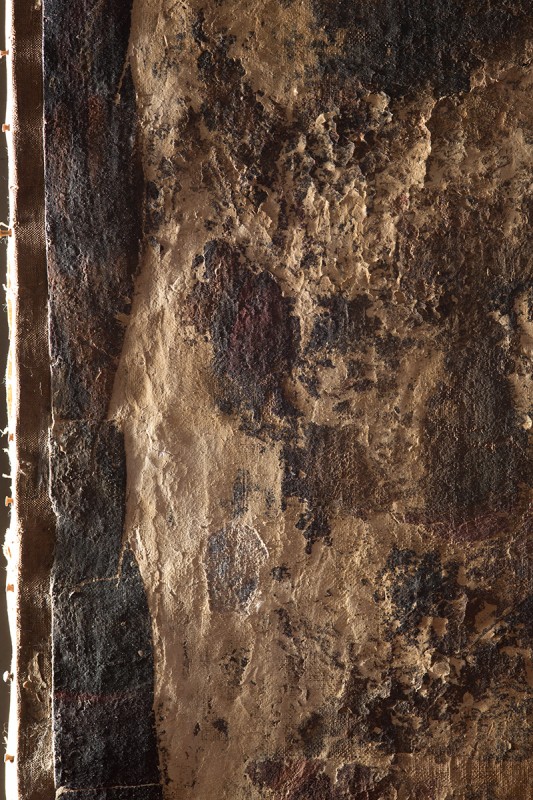 Before conservation, a fragment 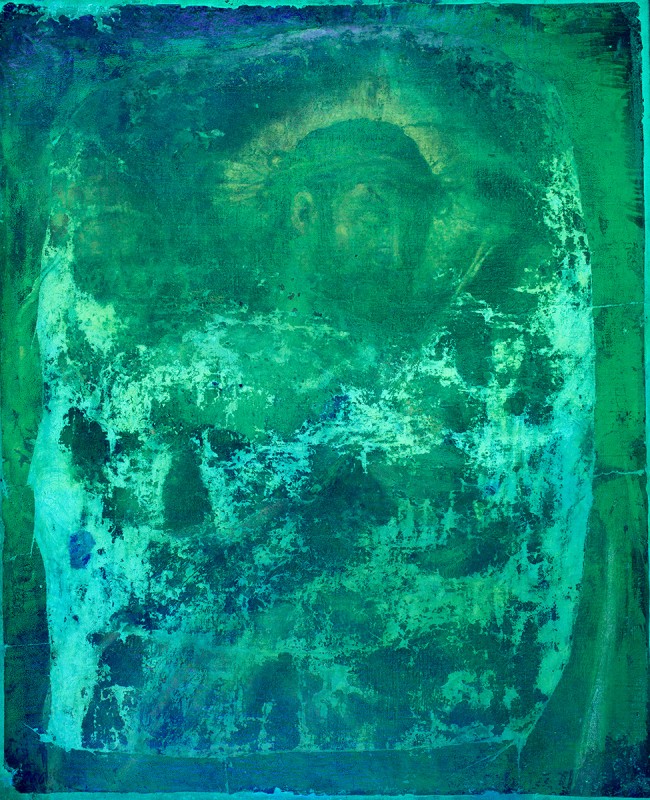 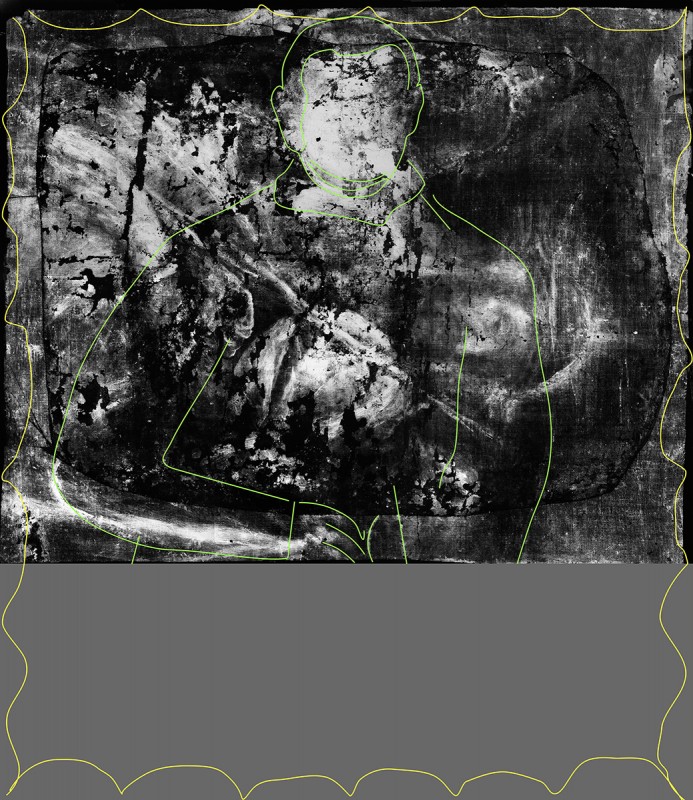 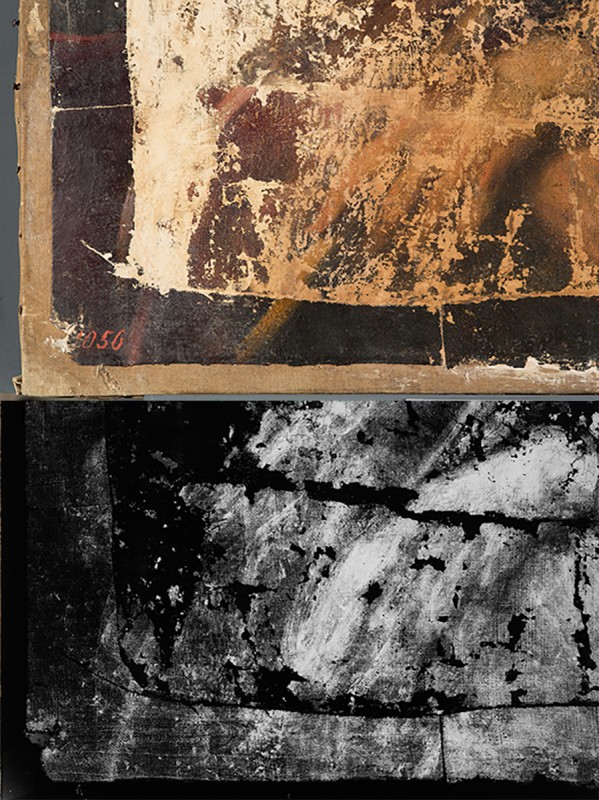 Photograph and x-ray of a fragment 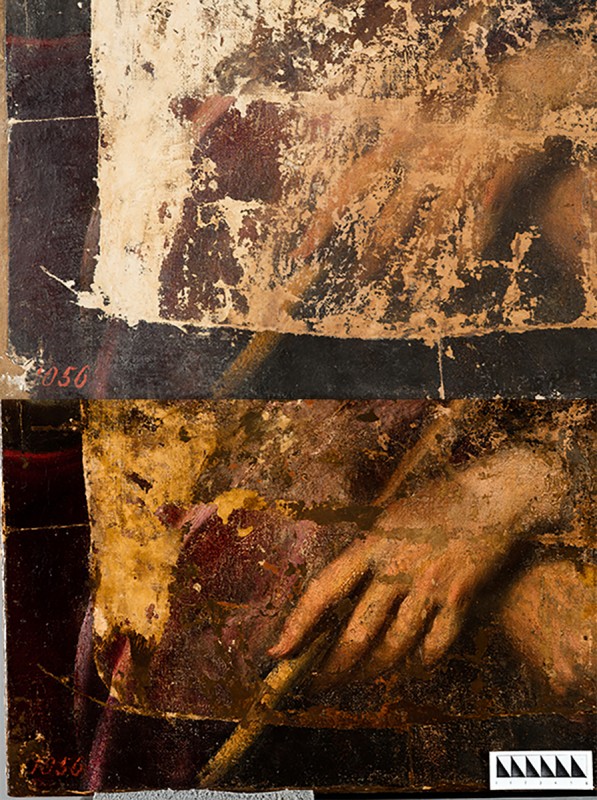 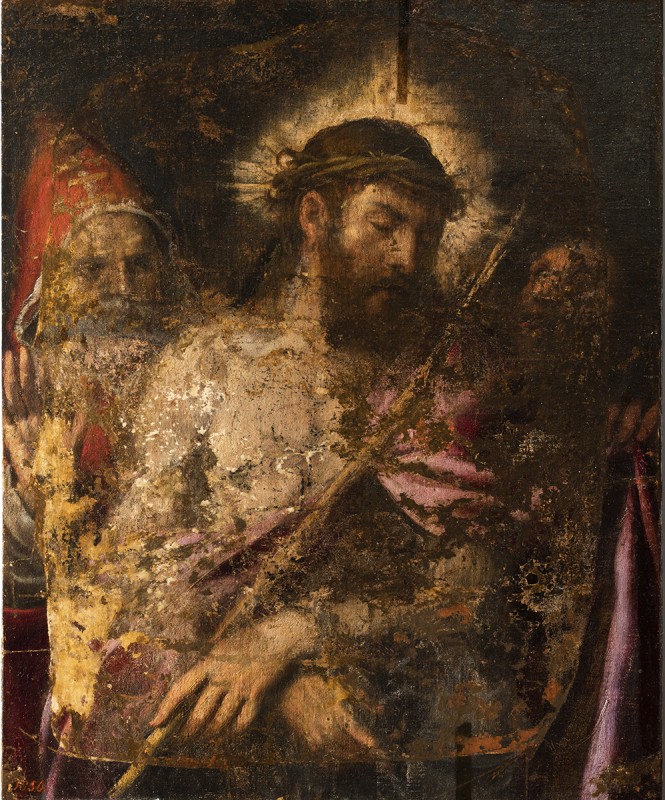 After conservation, during thinning of the old varnish and before retouching 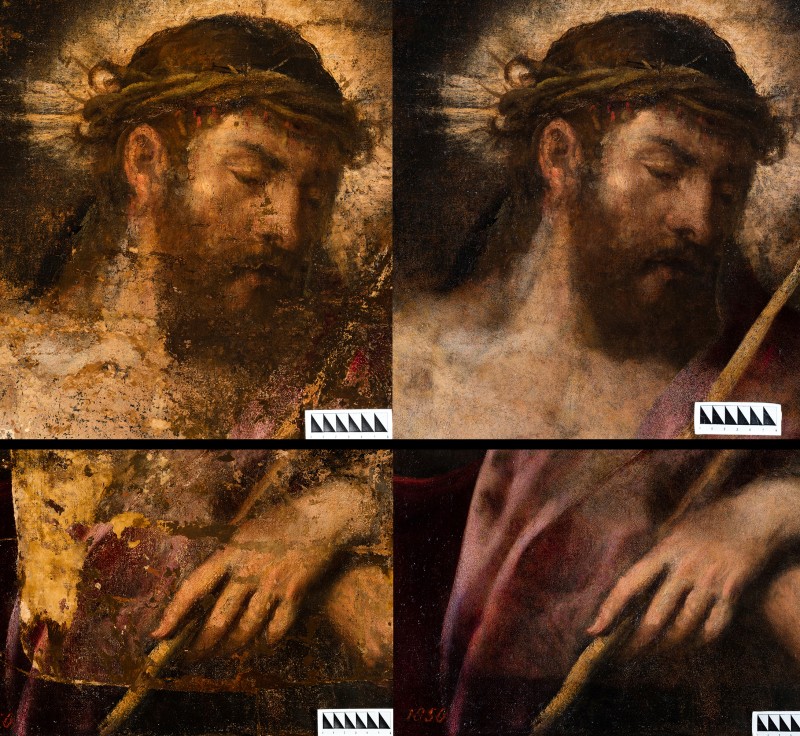 Before and after retouching, fragments

Titian. Rebirth of a masterpiece

This film tells the story of one of the most significant works done by our conservators in recent
years. The story is about the painting Ecce, Homo by the greatest Vancian painter of the Renaissance Titian.