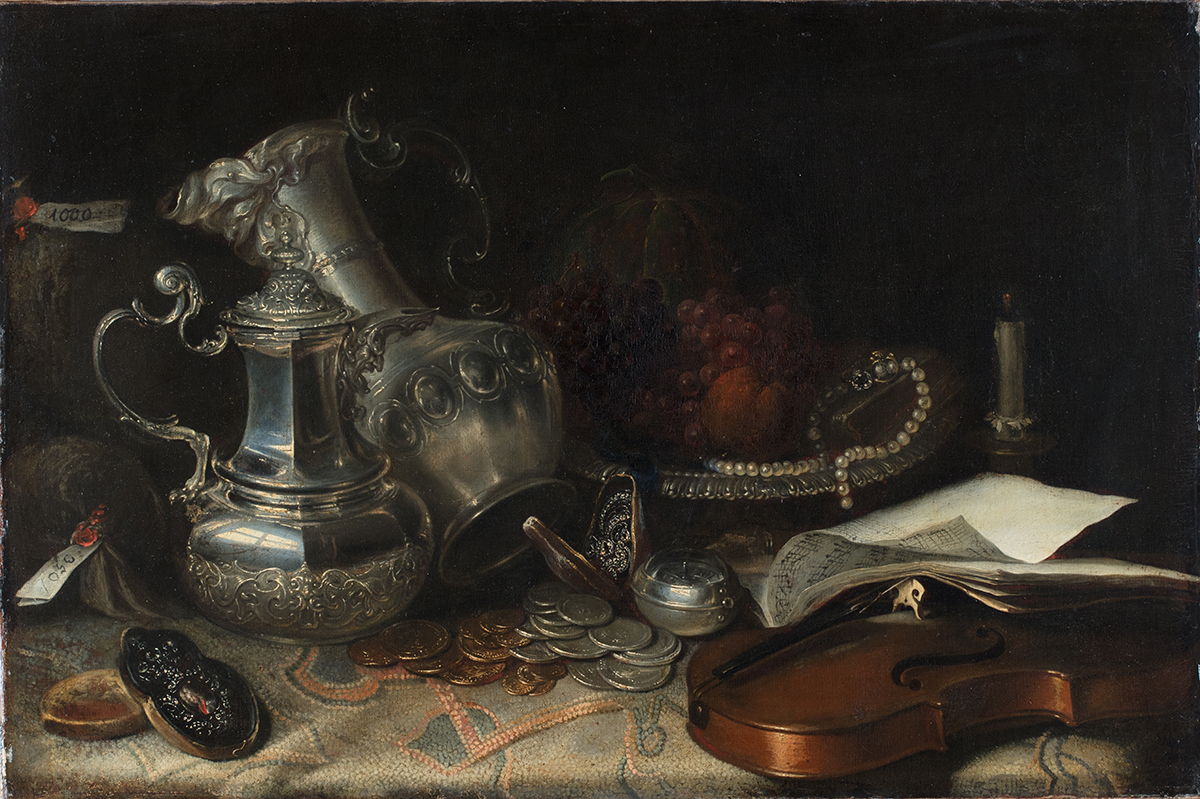 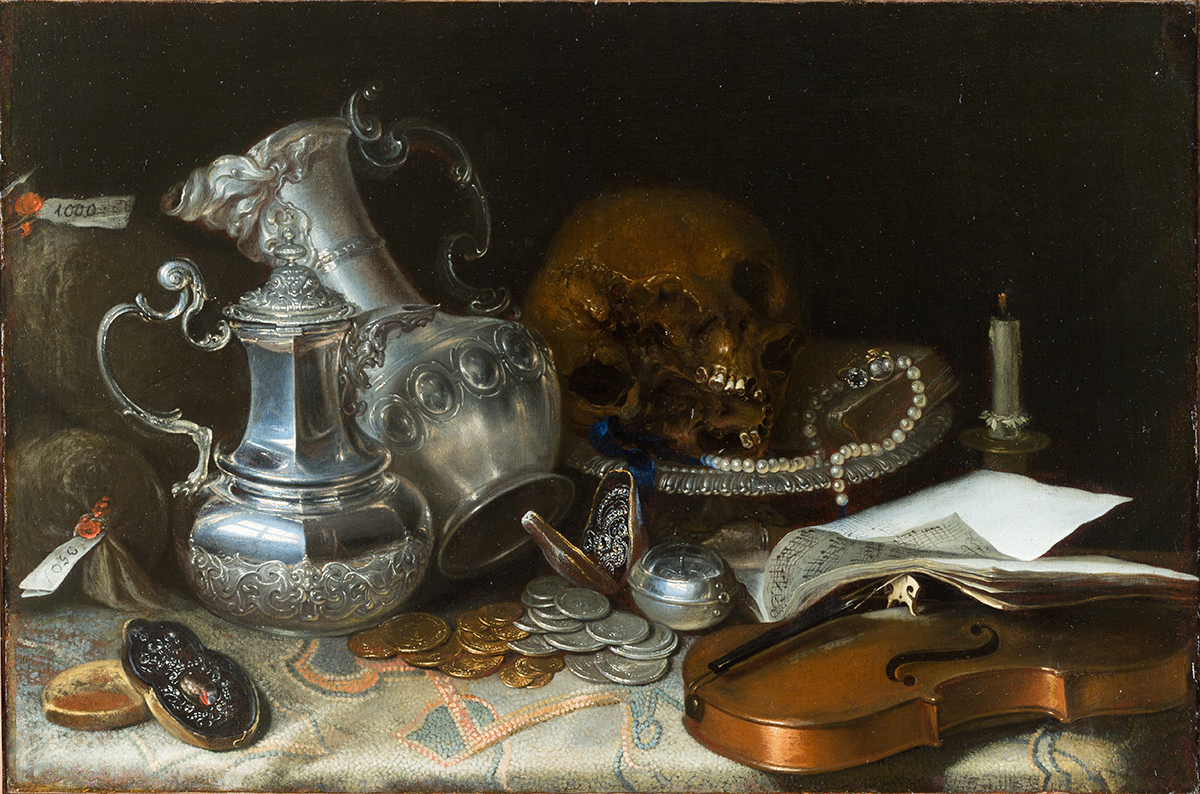 The painting Still Life with Violin and Silverware came in for treatments in March 2021 in preparation for an exhibition of still life in regional Russian museums.
The thick layer of varnish, yellowed by time and having lost its transparency, interfered with the perception of the painting, so it was decided to thin the it. Before starting treatments, the painting was examined under UV and IR light, photographs were taken and the work was X-rayed. The x-ray clearly showed the outline of a human skull in the central section, underneath the image of fruit on the right. The image clearly shows the jaw, teeth and eye sockets.
According to the catalogue data, the painting was received by the State Pushkin Museum of Fine Arts in 1924. Prior to that it was in the collection of L. Mandel. Apparently, while it was in the private collection, at the request of the owner, the skull was painted over with a more neutral image of fruit. The Conservation Council decided to remove the inpainting entirely if the state of the painting allows it.
A small trial thinning of the varnish and inpainting was made on the upper part of the pumpkin. In the process of uncovering it was found that the original paint layer under the inpainting was intact. We removed it in small sections, constantly photographing the process.
After the inpainting was removed, the Still Life with Violin and Silverware, with all its objects and main attribute - the skull - took its place among the 17th- and 18th-century still lifes on the subject of vanitas ("vanity of all that is earthly").