Garofalo, Adoration of the Shepherds 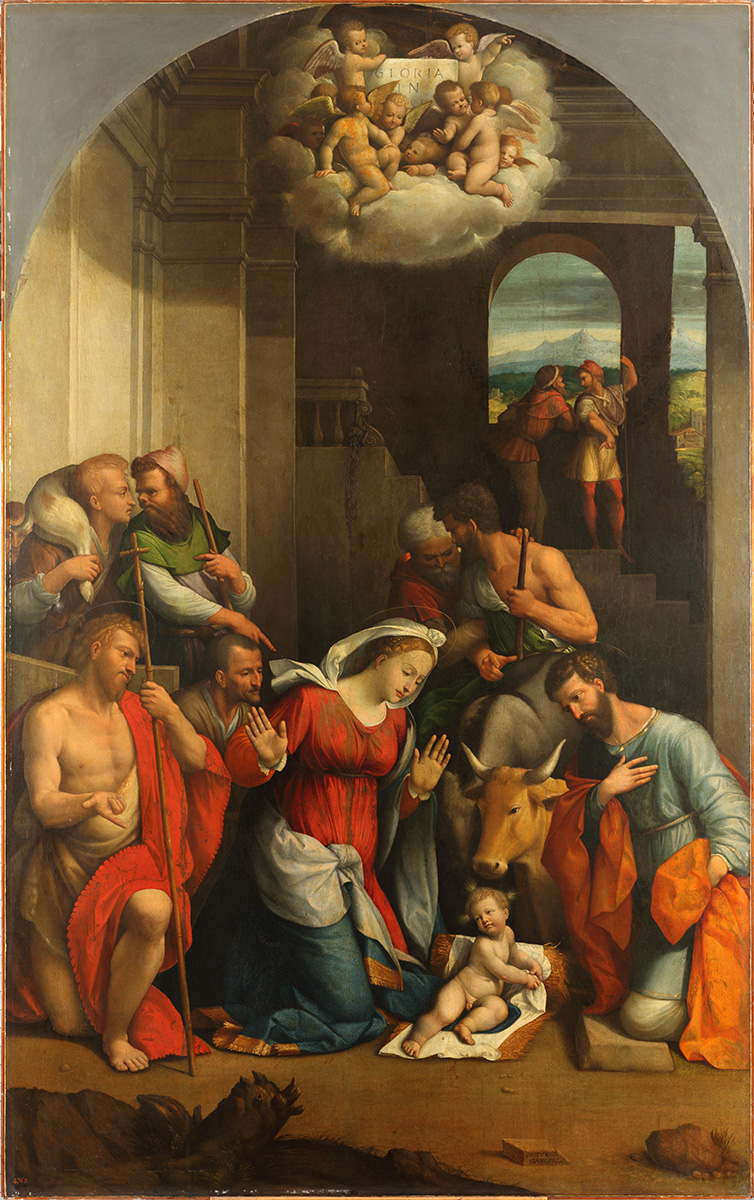 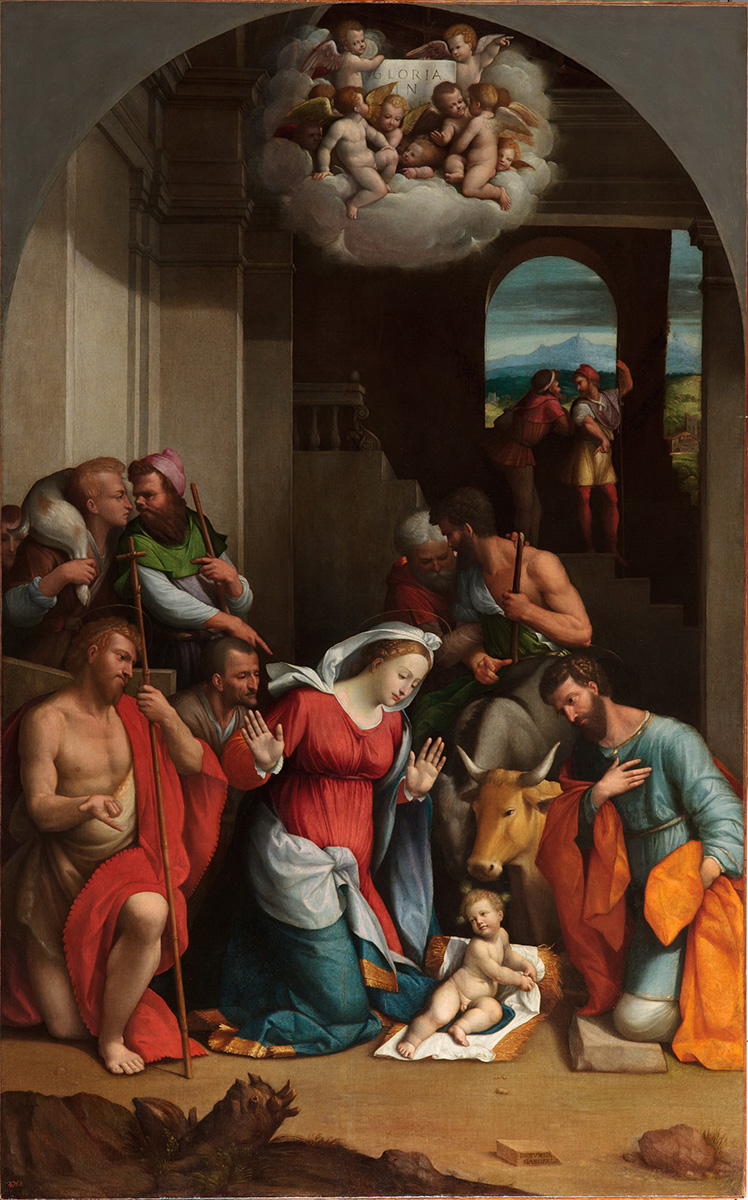 Conservation of Benvenuto Tisi called Garofalo's painting Adoration of the shepherds was finished in the Paintings Conservation Workshop in 2011. Despite its great size (243x151 cm) the painting was taken off its wooden base and lined with canvas in 1848 by an art conservator named Mitrokhin. Like the majority of paintings which were subjected to such complex treatments, the surface of this one became prone to deformations, flaking and delamination of the base, as well as destruction of the paint layer. Besides all that, original paint was hidden under layers of yellowed varnish and discoloured retouches. Inpaintings and fillings at the areas where the original wooden base was connected had the most layers.

The research was made to evaluate the painting's state of preservation. UV photography revealed uneven layers of varnish and numerous retouches across the whole surface of the painting. IR photography helped to find original paint losses and inpaintings. X-raying one of the fragments of the piece showed that this particular method of research was ineffective due to larch amounts of white lead used as a base for lining.

The first step in the process of conservation was to consolidate the base and paint layers. After that surface contaminations were removed and we performed a try out cleaning of original paint. In the process of cleaning it became obvious that many fillings and inpaintings were covering large areas of original paint, thus distorting the original image. For example one of the inpaintings changed the angle and size of Madonna's left hand. After the cleaning, the inpaintings were fixed, necessary fillings were made, the surface was varnished and after that retouches were added.

As a result of all the conservation treatments the piece was ready to be exhibited once again.