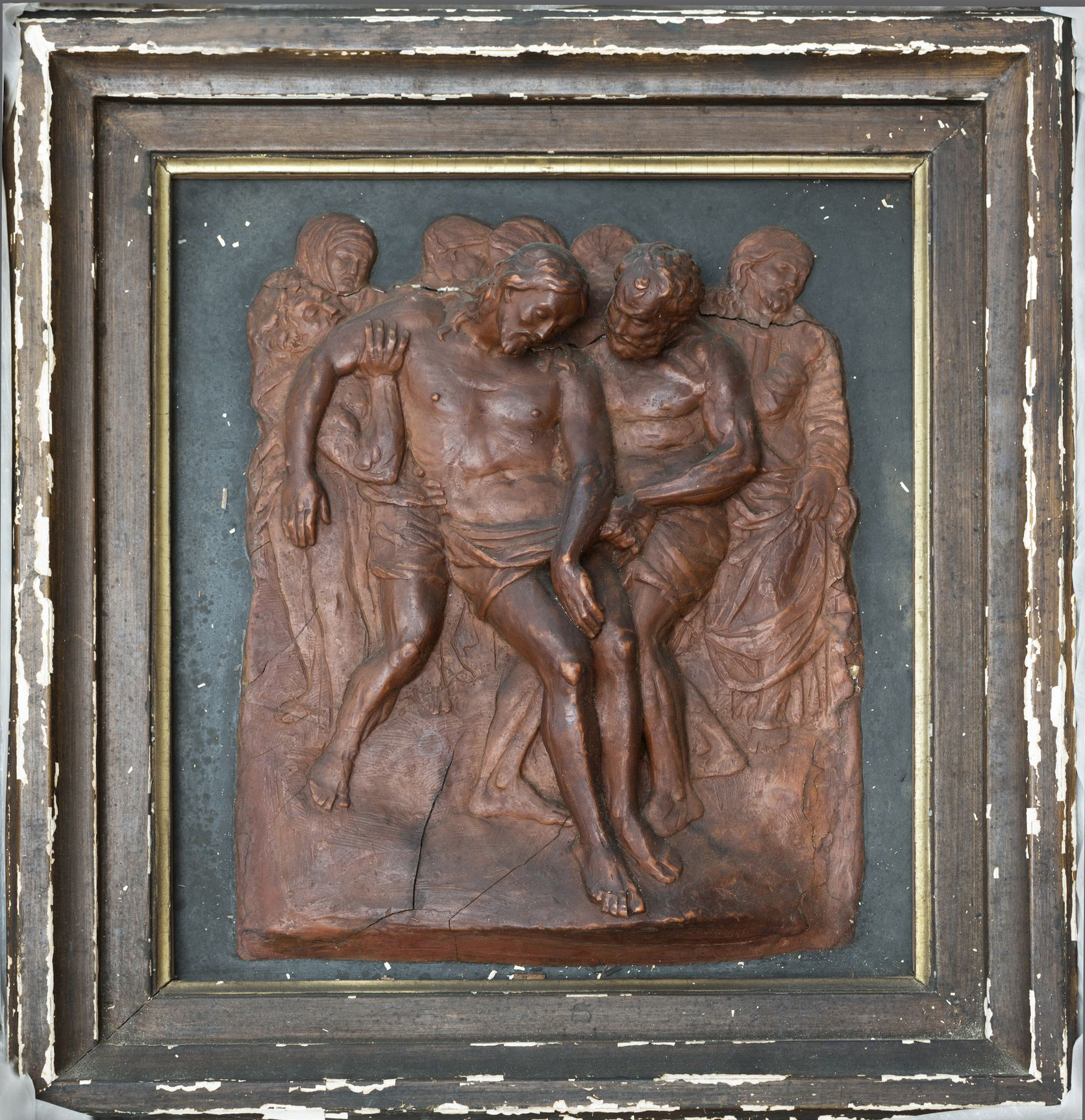 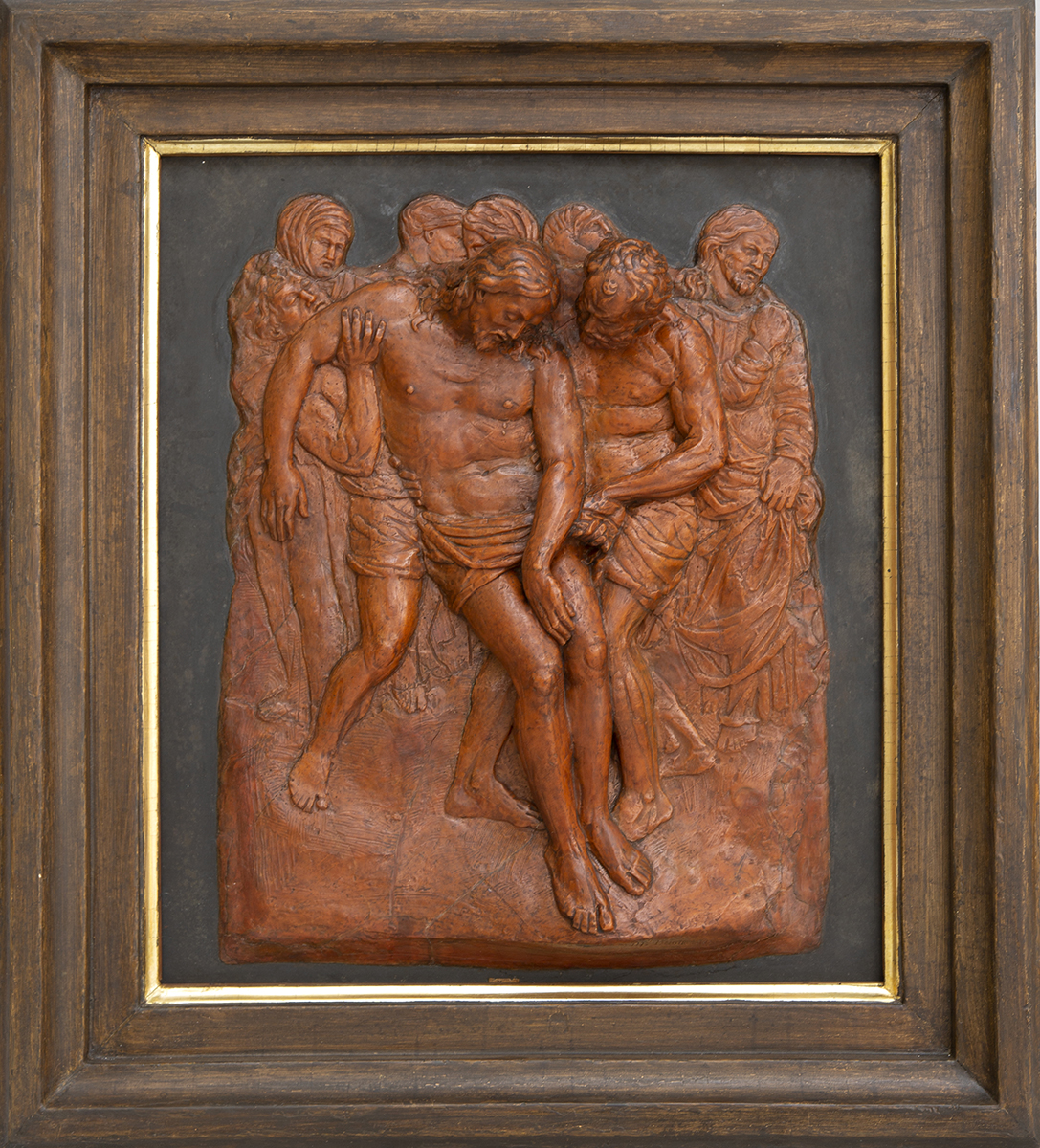 This wax relief depicting Descent from the Cross has an absurdly naive fake Michelangelo signature ("M.o. Buonа. ti. 1495"). It came to the Berlin Museums from Kunstkamera, Brandenburg Electors old collection that dates to the 17th century.

The attribution to the great sculptor was never seriously taken, and a number of German researchers in the first half of the 20th century tried to find the author among Michelangelo's students and followers. In articles of Ulrich Middeldorf and Werner Gramberg, the wax relief is compared to a marble composition in the Vatican collection with a similar theme, which in its turn was then attributed to a semi-legendary sculptor Pierino Da Vinci (1530-1553), Leonardo's nephew. The degree of certainty in reconstructing Pierino Da Vinci's work is quite low to this day, such attributions up to now have speculative nature.

There were some versions voices, about its connection to Vincenzo de' Rossi (1525-1587) and Giovanni Angelo Montorsoli (1507-1563), Florentine sculptors of the Mannerism period. These assumptions due to the low artistic and technical quality of the relief are far-fetched