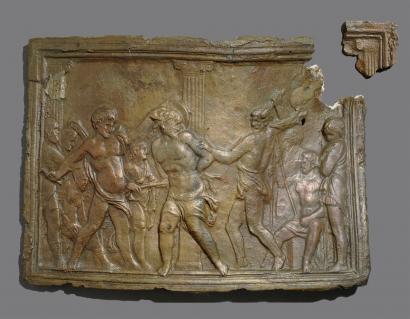 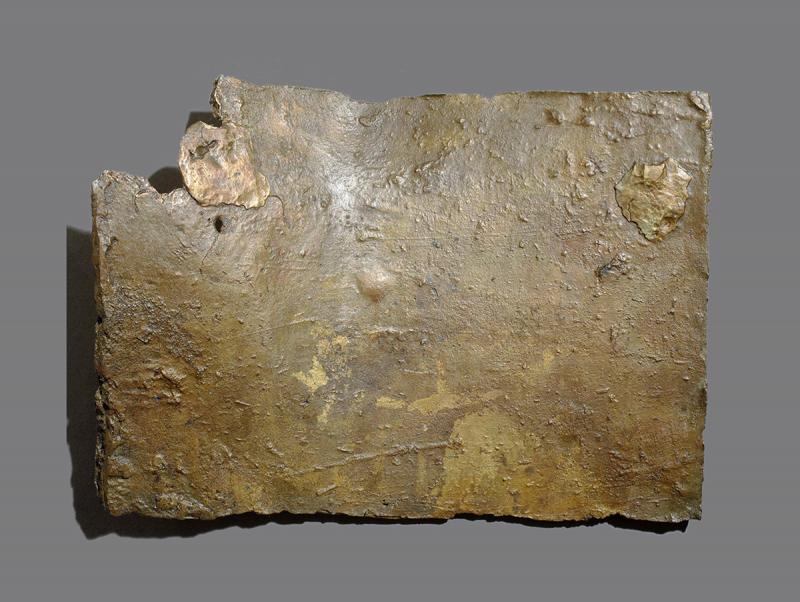 Back of the piece before conservation

A rectangular plaquette depicting the scene of flagellation of Christ came from the old collection of Electors of Brandenburg, the so-called Kunstkammer, from where it moved to the museums of Berlin in the 19th century. Published as Donatello's work in pre-war literature, the plaquette is iconographically associated with two works of Donatello’s circle: a terracotta relief from the Victoria and Albert Museum (The Forzori Altar) and a drawing from the Uffizi collection. Horst Janson rejects its attribution to Donatello basing it on the analysis of the work, but still sees in it a profound influence of the late Donatello style of the Paduan period, dating it back to the time after the 1460s. The two other versions of the plaquette, one in the Louvre in Paris and one in the Museum of Strasbourg (the latter entered there with the participation of Wilhelm von Bode after the Franco-Prussian War), have some differences in style and raise the question of the comparative dating of these objects. 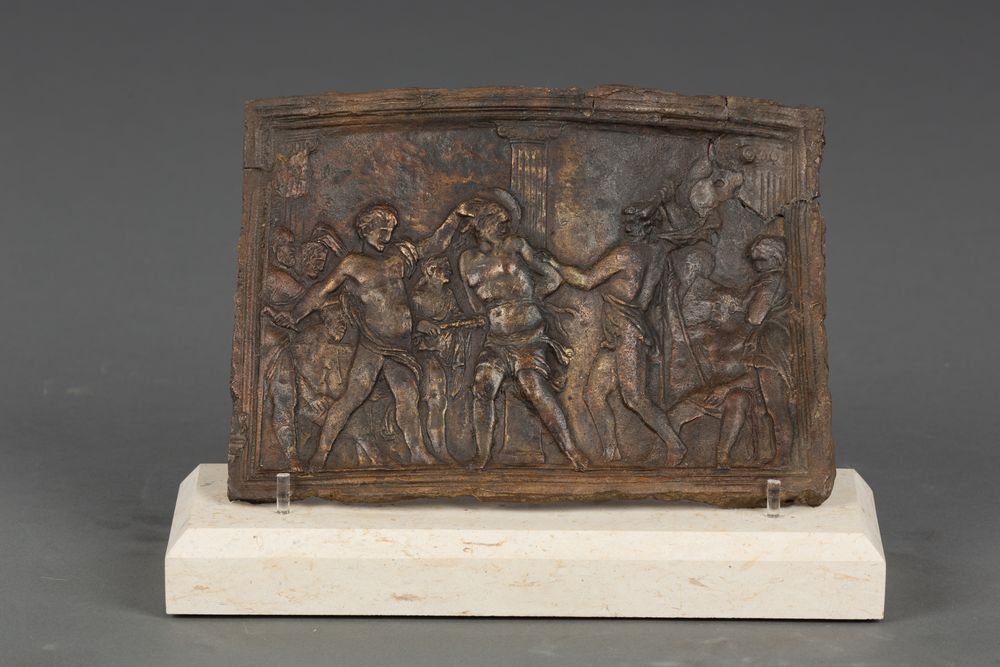