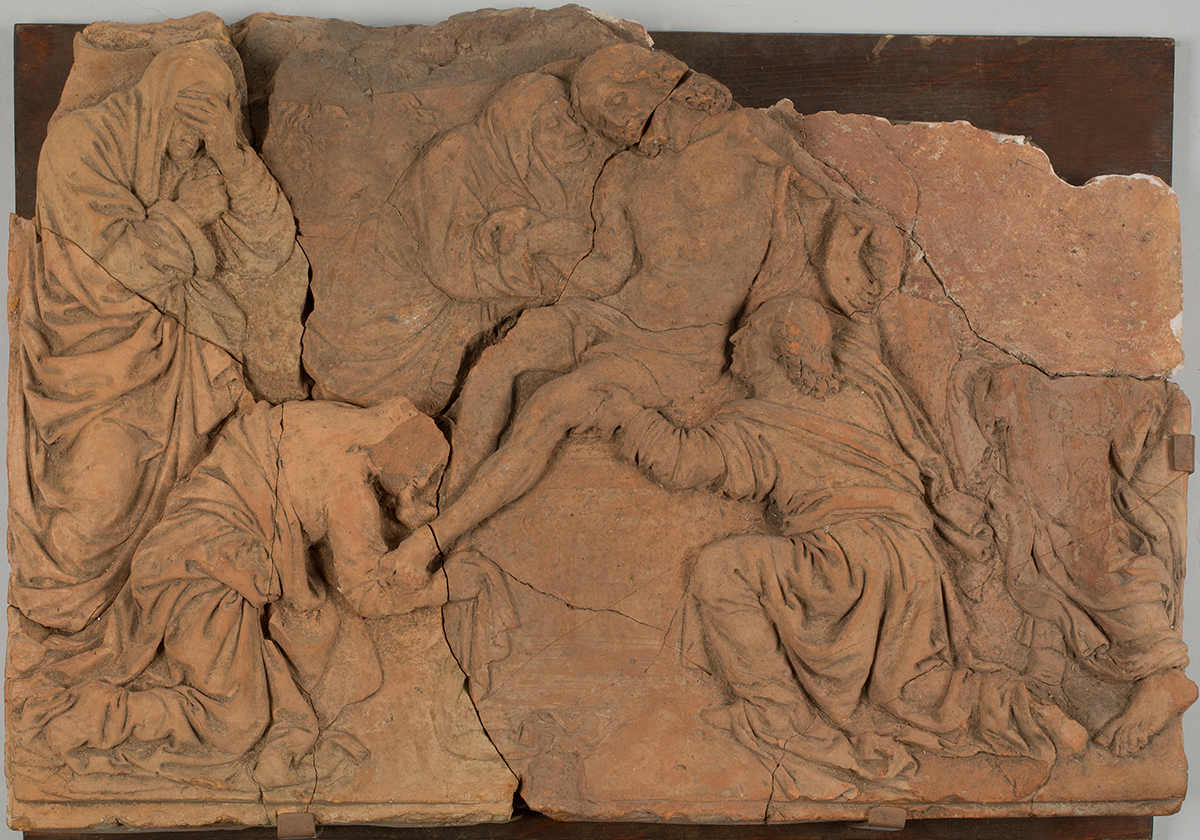 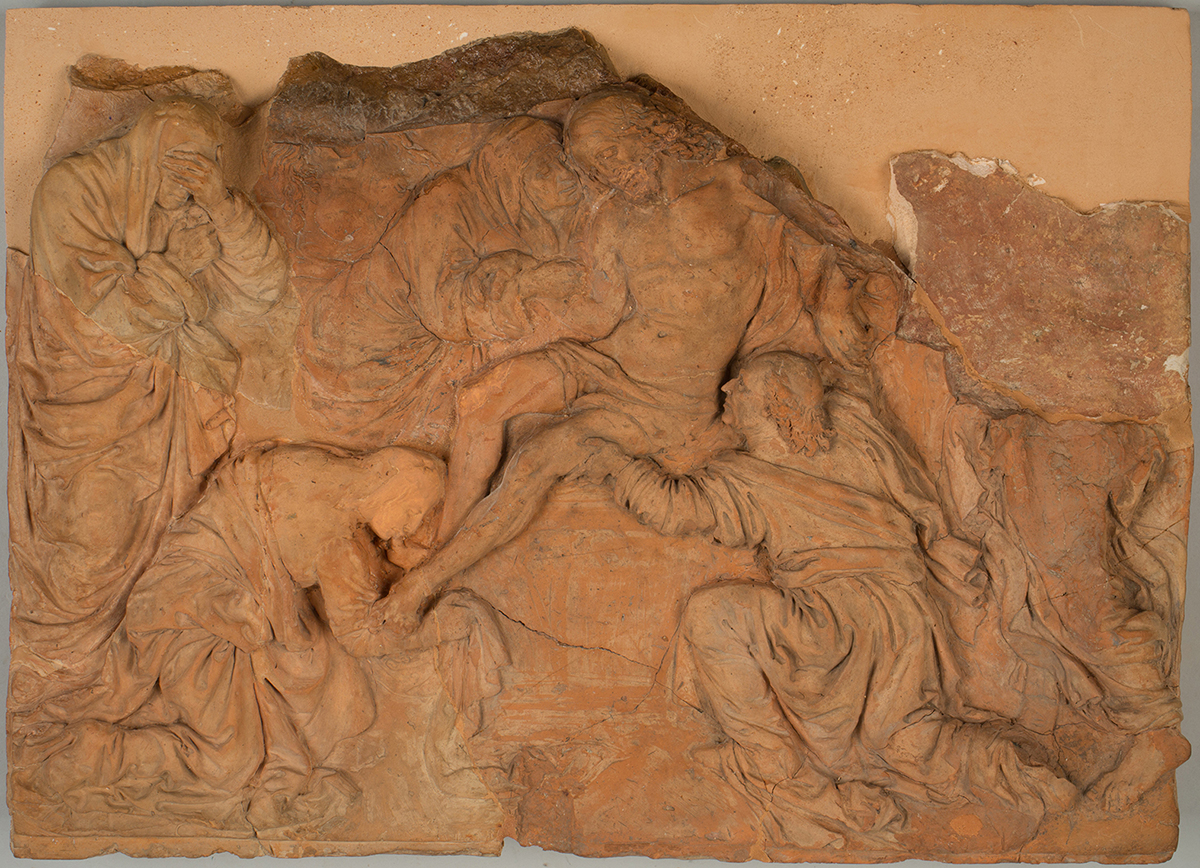 This small terracotta relief with the scene of The Lamentation of Christ is one of the most significant works of the former Berlin collection. The figures of Christ, a kneeling man (Nicodemus or Joseph of Arimathea), Virgin Mary, Maria Magdalena and another woman on the left are extant entirely. The upper part of the relief and its right corner had already been lost when the relief was first documented in the middle of the 19th century (in 1888, the famous philanthropist James Simon gifted it to the Berlin Museums; before that, the relief belonged to a Hungarian collector Ferenc Pulszky, who bought it in 1865 in Florence). This defect makes it difficult to identify the remaining figures: a female on the left with a bare chest, and a male on the right (most likely it is a figure of St. John). In May 1945, the relief was damaged in a fire, and the head of Magdalena is now lost.

Today, the attribution to the Florentine sculptor Andrea del Verrocchio is generally accepted, though the exact dating still raises questions.

Masterfully made dress folds and facial features have parallels in other works associated with the master's name: two terracotta reliefs with angels (Louvre, Paris), a sketch of a warrior for the Silver Altar at the Florentine Baptistery (London, private collection) and even the famous monumental group "The Incredulity of Saint Thomas" made for Orsanmichele.

The initial purpose of the relief is not completely clear; an assumption that it could be a model relief for the tombstone of Cardinal Niccolo Forteguerri from Pistoia or a Doge of Venice, made at the beginning of the 20th century by G. Makovsky and M.Kratwell, is doubtful.

"Lamentation of Christ" at various times was compared to the famous work of Leonardo da Vinci "The Adoration of the Magi" (Uffizi, Florence), these works are united by the triangular space arrangement of the central figures. There is a good chance that Leonardo, who left for Milan in 1482 and did not finish his work, saw the relief at his teacher' workshop.