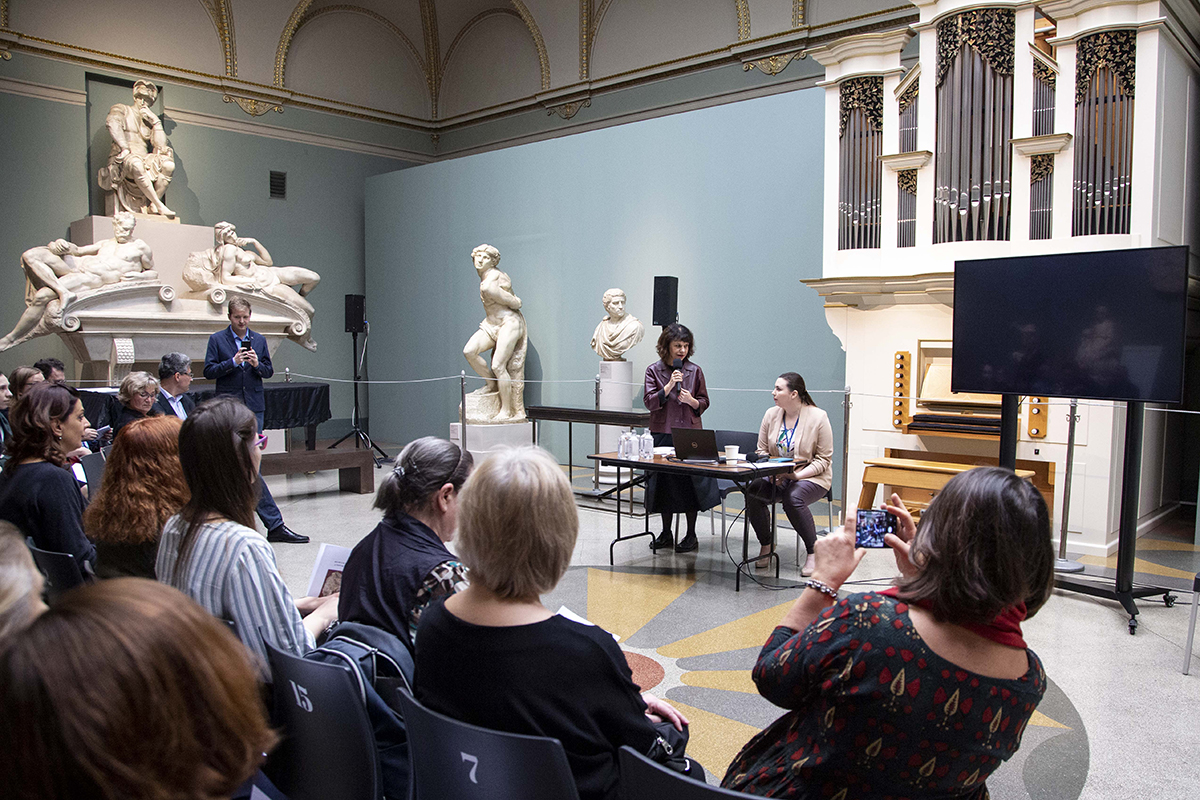 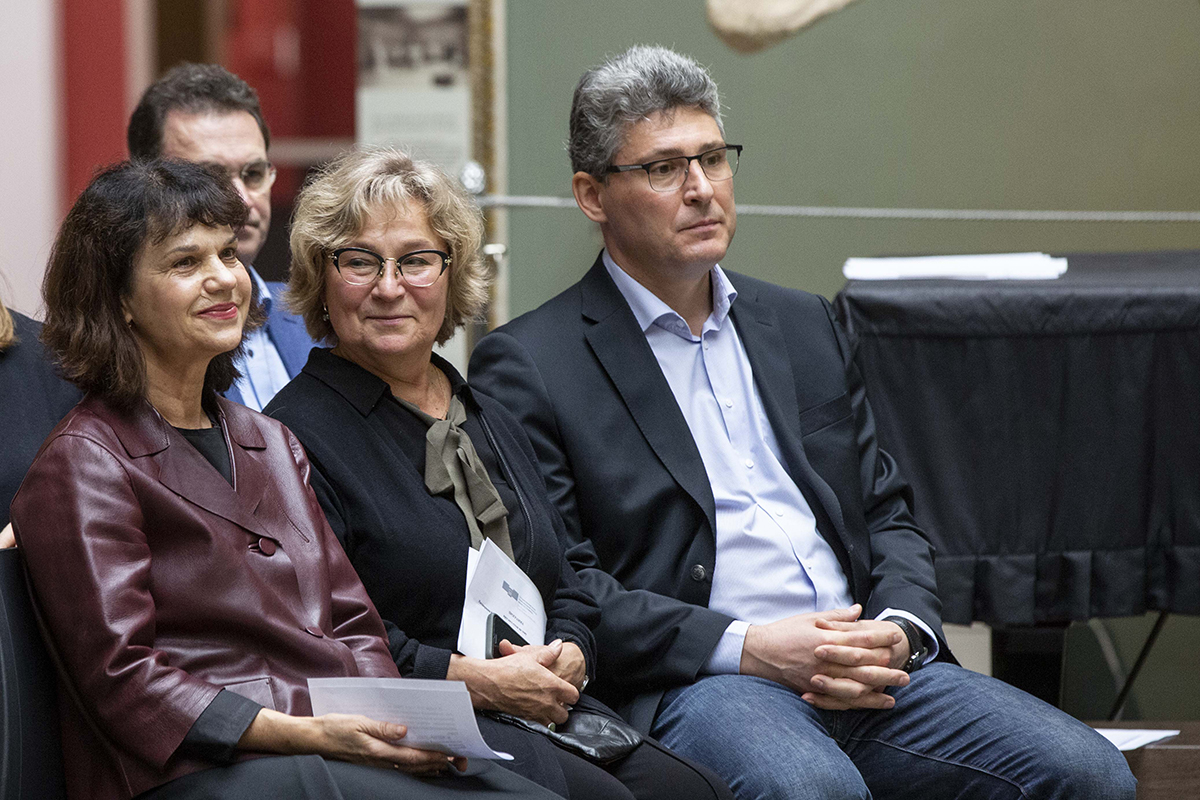 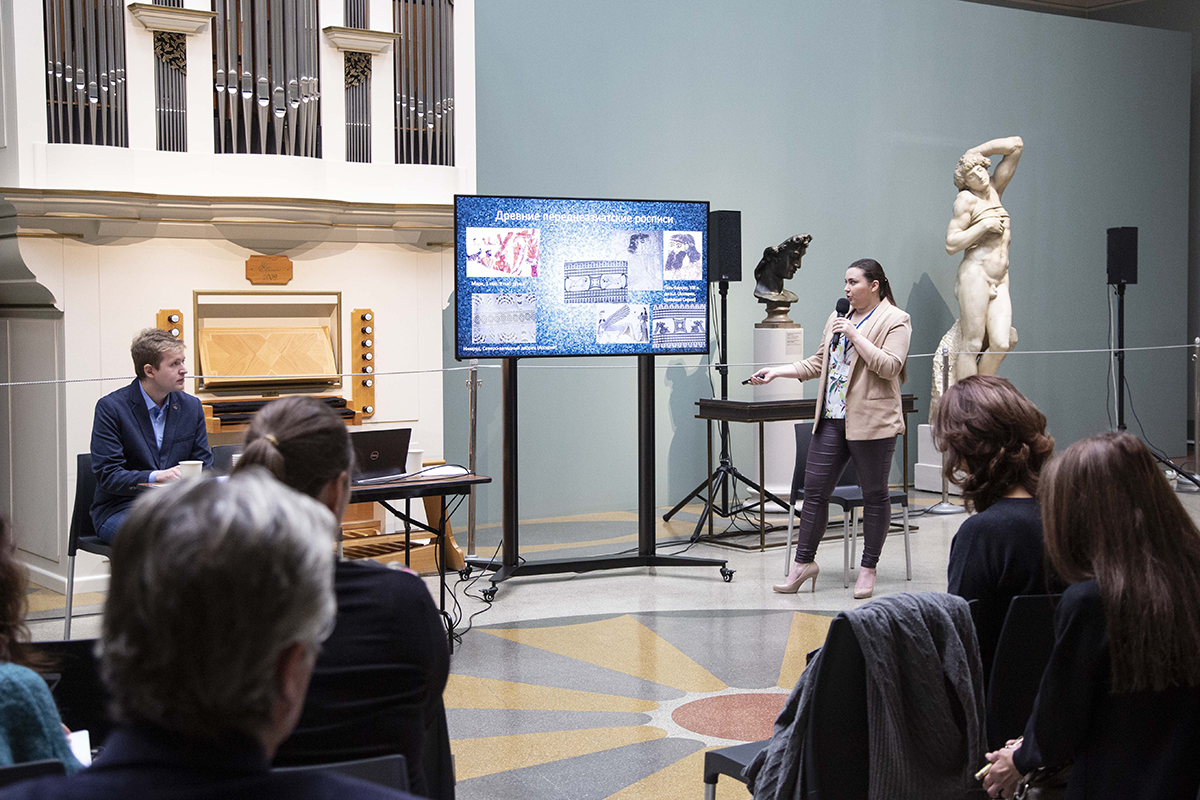 Conservation of fragments of monumental murals from Erebuni. First results and latest discoveries

A round table held on November 18, 2019, which concluded the first stage of conservation of the fragments of monumental paintings from Erebuni in the collection of the Pushkin State Museum.

The project’s history was highlighted in the message by the custodian of the Urartian collection, A. Yasenovskaya. Reports of the leading conservators of ancient paintings (V. Bury, G. Veresotskaya) touched on the practical and methodological side of the reconstruction of Erebuni murals. The head of the conservation department I. Borodin announced the opening of a page dedicated to the project on the website of the department of conservation.

I. Yurieva., the director of the historical and archaeological museum-reserve of Erebuni M. Badalyan presented a report on a mural depicting a deity on a lion from Erebuni, the features of its iconography and dating. The study of the stylistics and attribution of the restored fragments of the Erebuni painting was presented in the report of the researcher of the Department of the Ancient East R. Vergazov. The importance of Erebuni murals in the context of Urartian art was considered in the report by the Italian archaeologist-Urartologist M. Castelllucca. At the end of the round table, a film was shown on the restoration of Erebuni's paintings.

The project on conservation and reconstruction of ancient murals from Erebuni was launched in 2017 by the Pushkin State Museum of Fine Arts together with the State Conservation Institute and with the support of the philanthropist V.E. Kartashian. The research is currently ongoing.