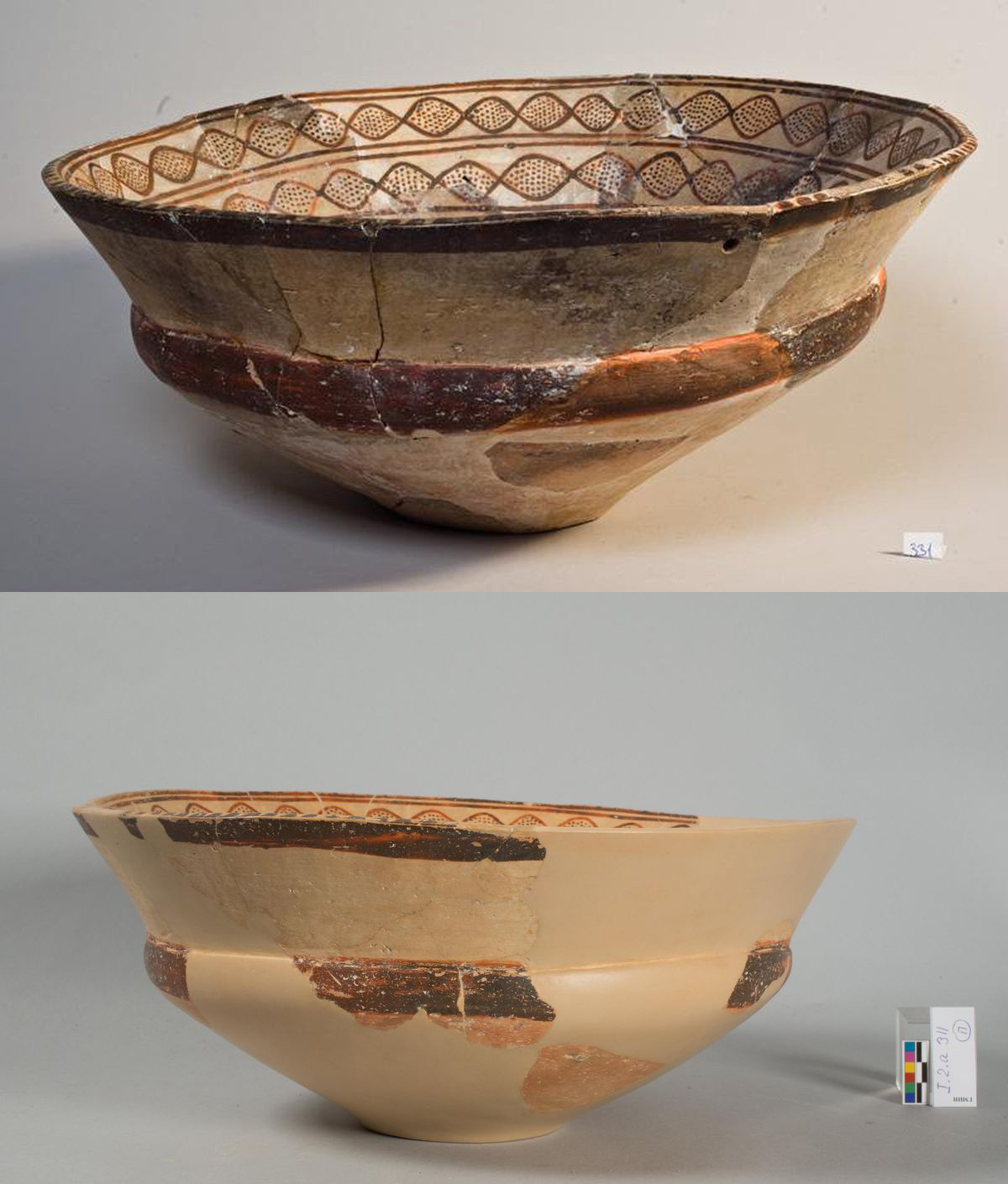 Vessel before and after conservation 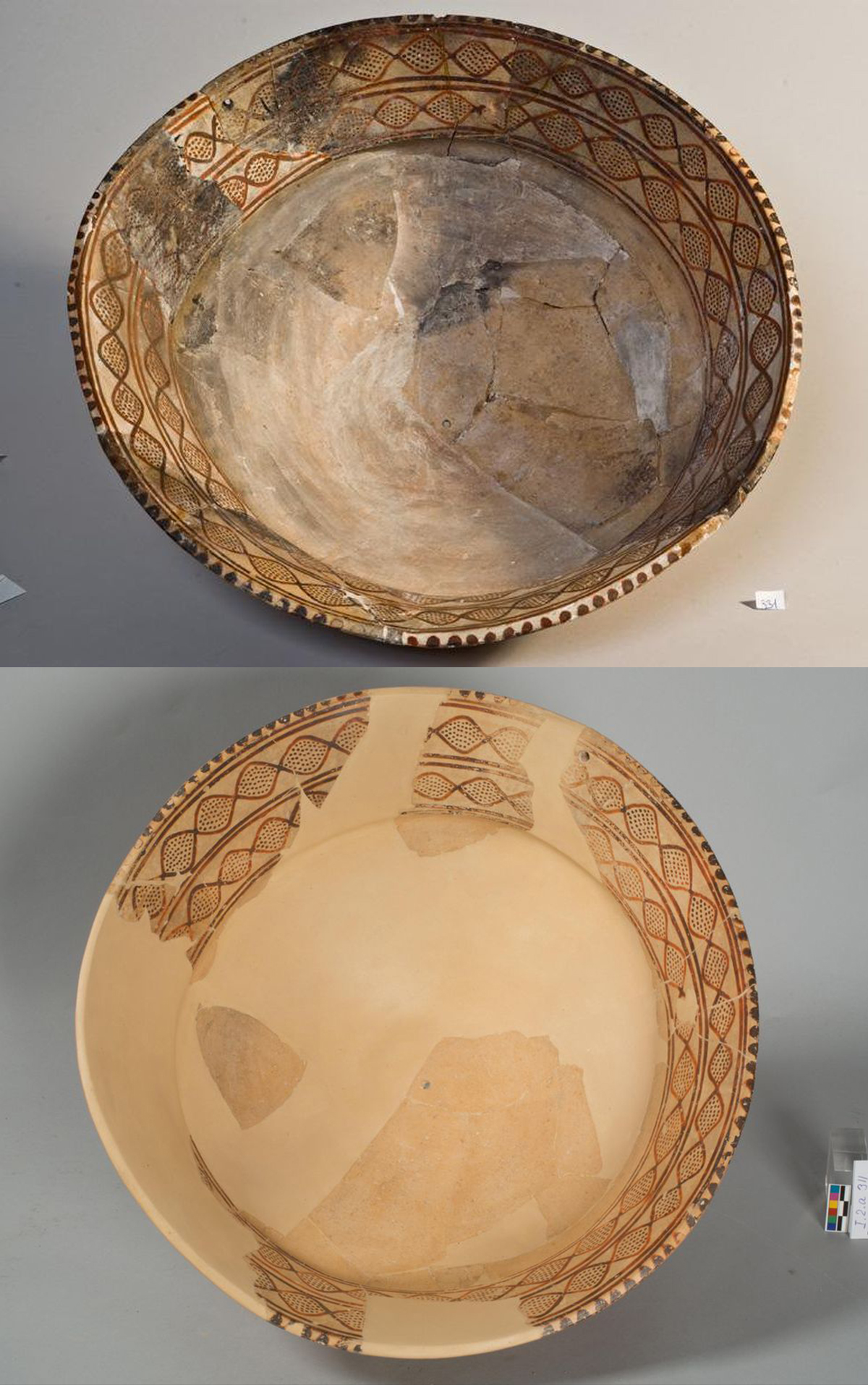 Vessel before and after conservation

Khalafian vessel is shown for the first time after conservation

The Pushkin State Museum of Fine arts exhibits an ancient Khalafian bowl for the first time after a long and complex conservation. The bowl featuring two rows of rhombuses with dots symbolizing the sown fields inside, was a plea of the ancient inhabitants of Jarym-Tepe for fertility. This form of the vessel is rare, it is known that a similar bowl is exhibited in the British Museum.

The vessel was first conserved at the site, probably soon after the excavation, which helped then to assemble all the fragments and determine its shape. But nowadays exhibiting such a rarity in the museum in that state was unacceptable.

The treatment process took a long time, due to a large number of different technological problems that arose in the course of the work. Two of them were the most difficult ones. First was the removal of soot, which was embedded in the structure of ceramics. Considering the presence of paint on the surface, it was necessary to be particularly delicate, so as not to damage it during the cleaning.

The second in order, but not in complexity, task was a complete reconstruction of the shape of the bowl. A significant number of "hanging" fragments and at the same time rhythmic ornamentation, and an asymmetric shape deformed in a fire made it exceptionally difficult. The conservator Elena Minina had to gradually build up the form, to incorporate the parts of the vessel which do not have contact with each other, using a substrate of flexible material and relying on the rhythmic pattern on the edge.

It was decided to not reconstruct the pattern, to better show the unique for its time original ancient ceramics.