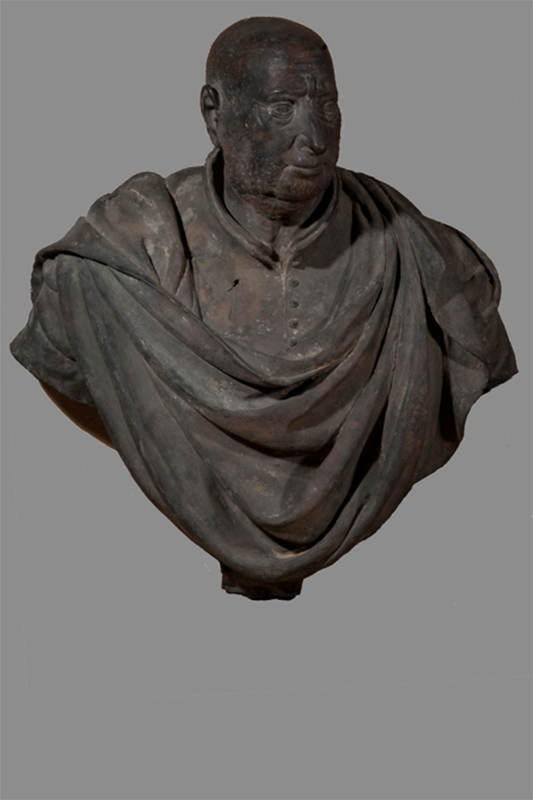 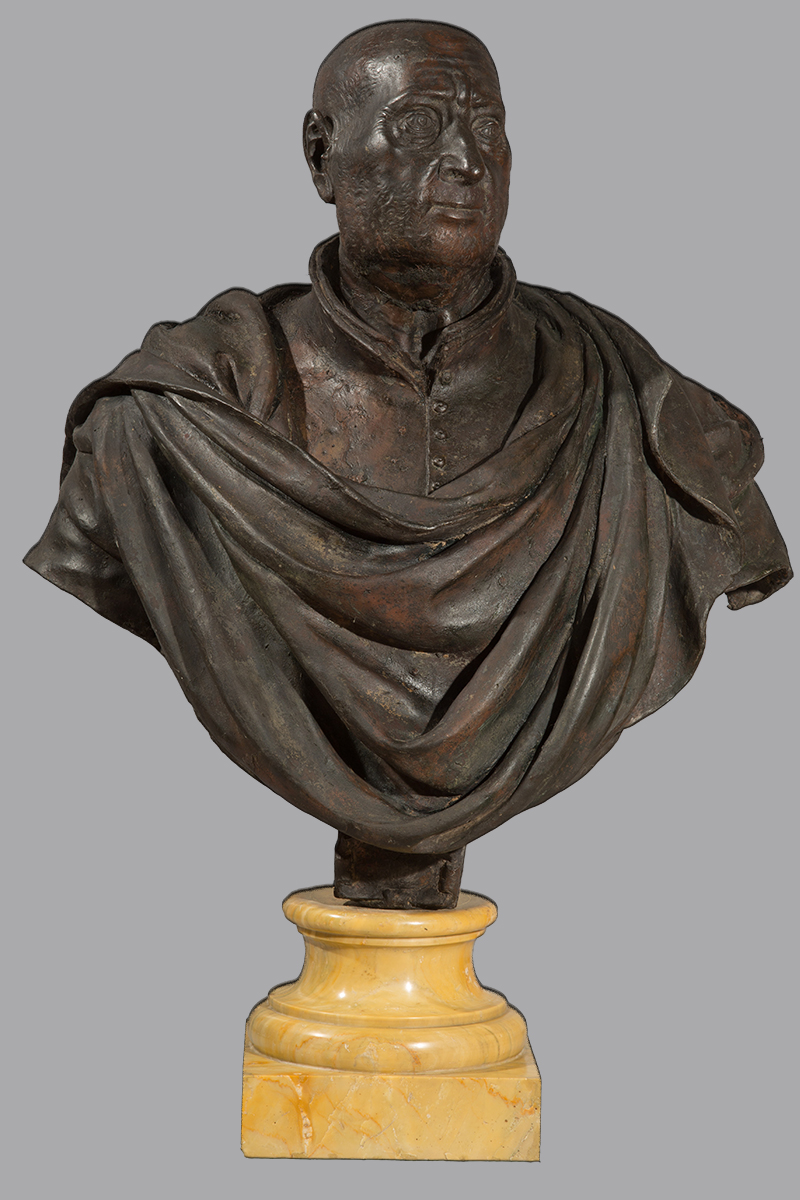 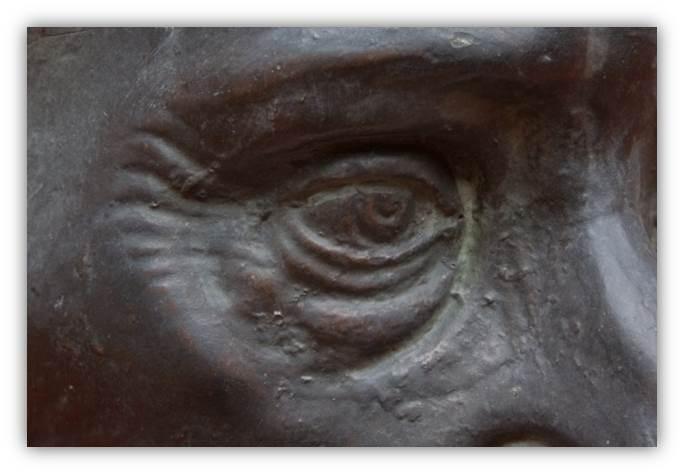 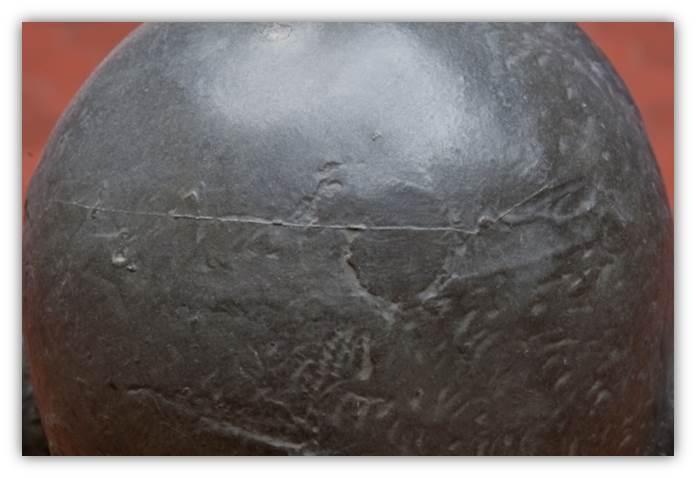 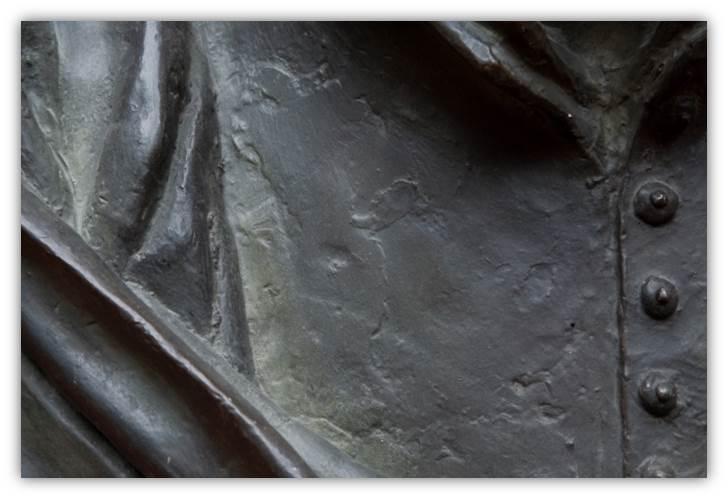 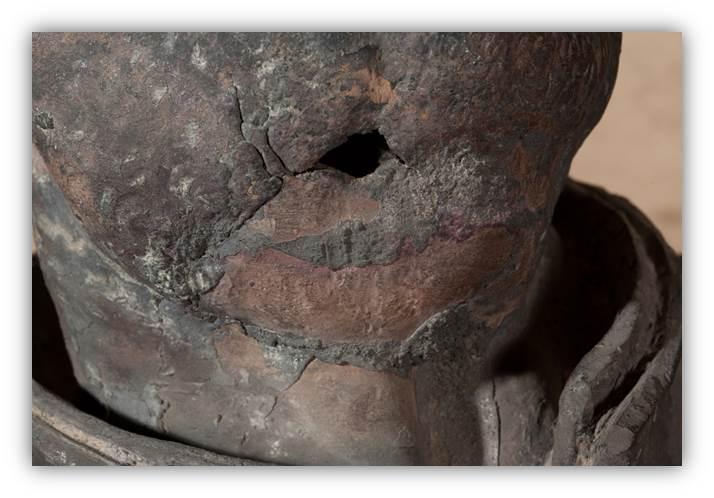 Through hole (before conservation) 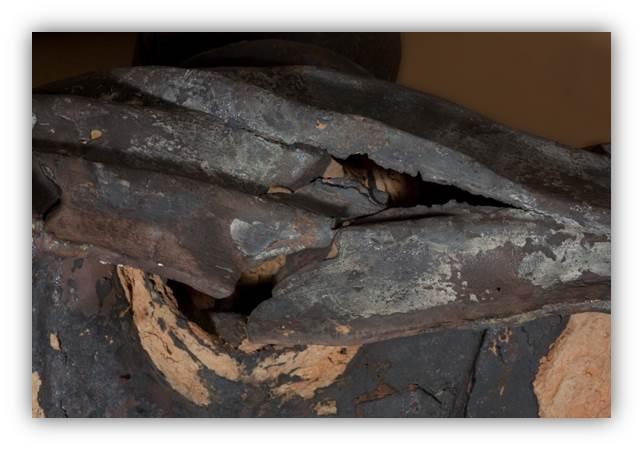 Peeling and partial loss of copper oxide layers (before conservation) 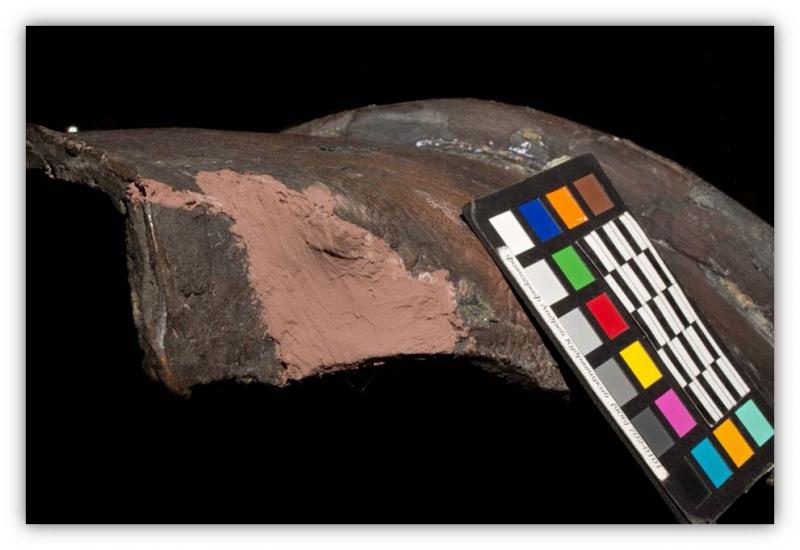 Fillings (in the process of conservation) 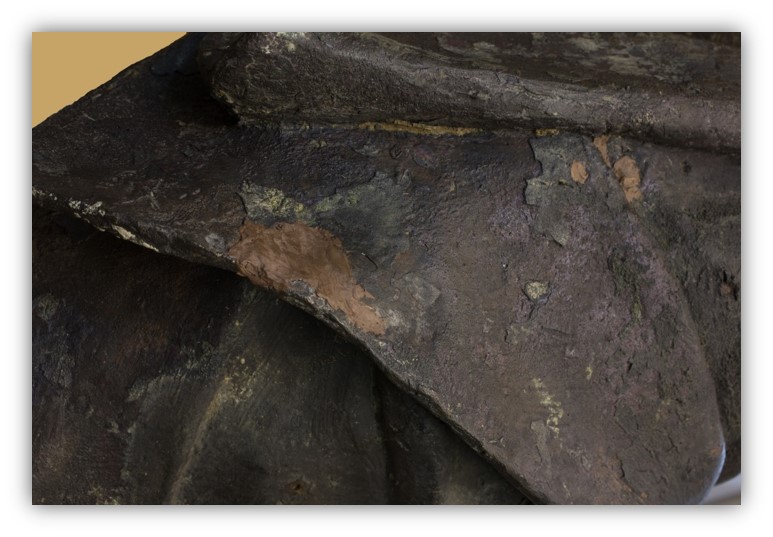 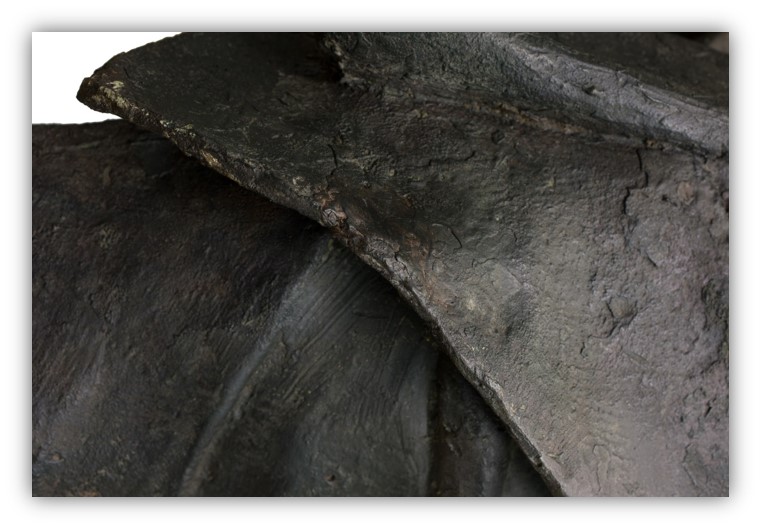 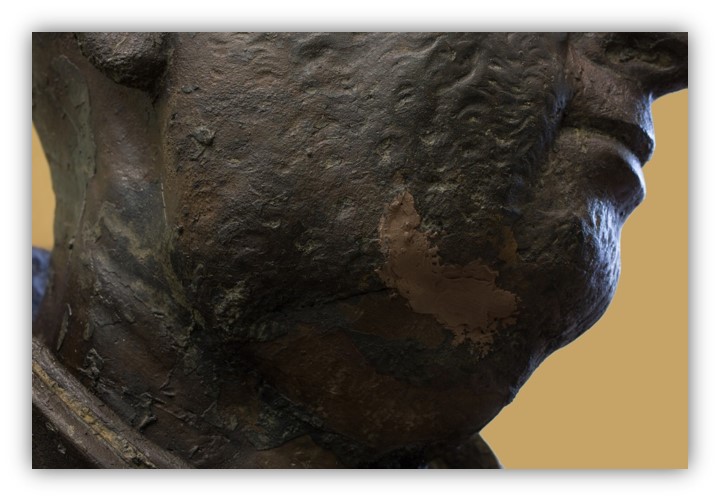 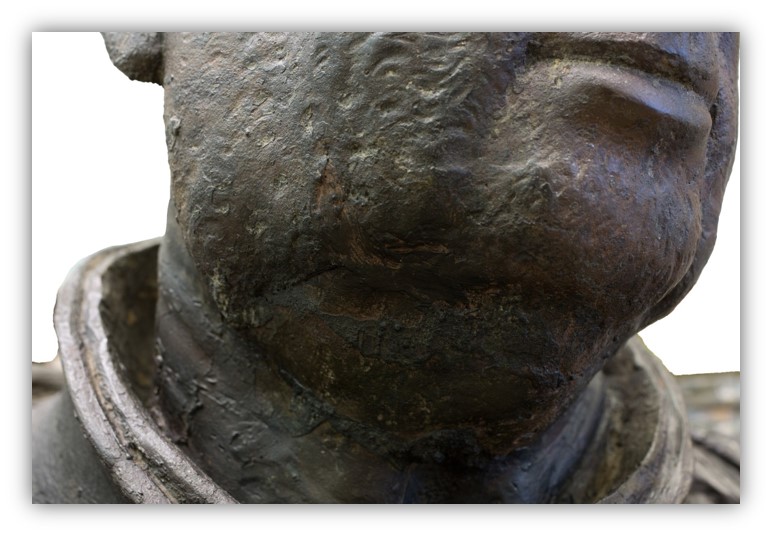 The bronze bust had two types of defects. The first type was related to technological errors made when pouring metal into a mold. Such defects usually appear when there are not enough channels for feeding molten metal into the mold. It is also possible that the metal was not heated enough before molding, its streams did not merged properly, which led to forming of the through holes. At the front side of the sculpture such hole was covered with a patch and survived the fire. At the same time, the same type of hole on the chin of the plaster copy was missing, which means that it was either filled with burnt mastic or low-melting solder.

In May 1945 the bust of Francesco del Nero was subjected to extreme heat during the fire. Upon being heated at 650 °С bronze alloys lose their plasticity and become fragile. The bust was probably fixed on a marble pedestal with a rectangular pin. High strain at that spot led to metal breakage. The bust itself fell backwards which led to significant tears at the back part of the cape. Besides that, there were several cracks whose origin lays either in the strain appeared after the fall or uneven expansion of the metal due to heating and cooling during and after the fire.

Patina that had been forming on the surface of the statue for four centuries and was quite thick after the fire turned into a black 0.3mm thick layer of oxides. Thermal expansion coefficient of copper oxide is marginally different from thermal expansion coefficient of bronze. This led to peeling and partial loss of copper oxide layer. At the same time the layer of copper oxide repeated the original relief of the statue more closely, so we consolidated it with 5% polyvinyl alcohol solution. Depending on the thickness we did 5 to 8 treatments. The through holes and metal tears were mended with acrylic mastic. Fleece was used as a reinforcing support when filling large areas of losses. Gouache was used for retouches, and a thin layer of mineral wax was used to cover the retouched surface.

A new pedestal with supports was designed and made by Mikhail Tulubensky. To mount the bust onto its pedestal three spots where the metal was at least 5mm and there were no tears or defects were chosen. The construction had three hinged platforms with a layer of polyethylene foam protecting the surface of the bust. It helped with an even weight distribution. Adjustment screws at the platforms helped to align the bust horizontally and vertically.