Back of the object before conservation

A small statue of a woman with her arms raised over her head holding a basket entered the museums of Berlin in 1901 with the help of Wilhelm von Bode. A large carved dowel at the bottom and an opening at the top indicate that the figure was a part of some larger composition, acting as a decorative supporting part, and possibly had a pair. First published the work in the following year, 1902, Bode proposed to consider the figure the work of Lorenzo Ghiberti himself, the famous author of the bronze doors of the Florentine Baptistery, based on technical and stylistic features. The too bold attribution of Bode, which was challenged by Adolfo Venturi, did not get generally accepted, leaving the question of the authorship open. In contemporary times, Giancarlo Gentilini expressed the opinion that Caryatid can be traced back to the drawings of Filippo Brunelleschi, which influenced a whole generation of Florentine sculptors. 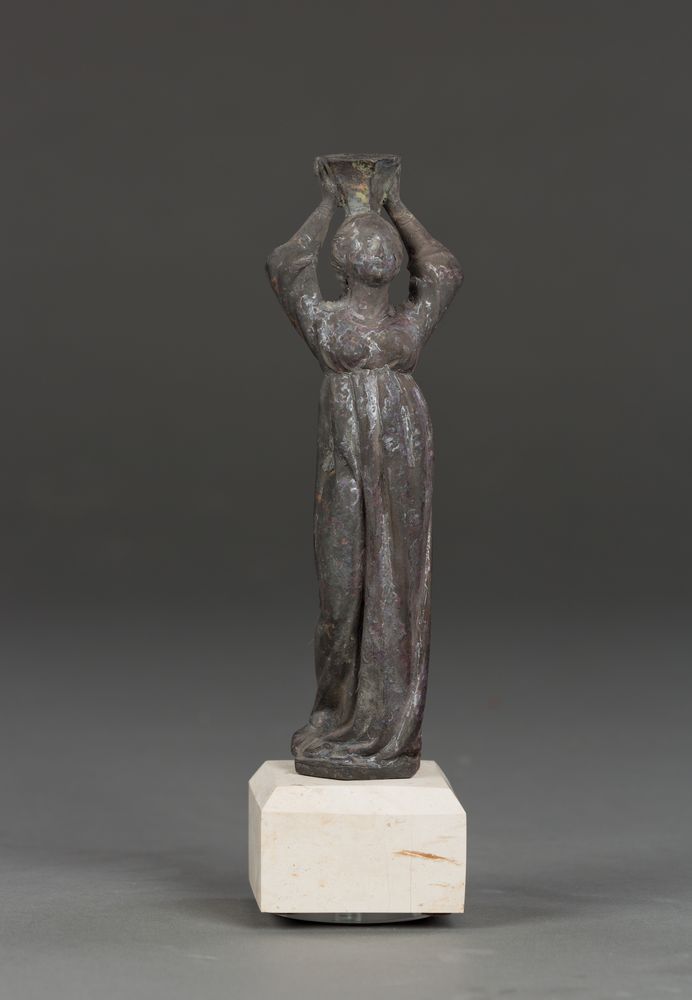