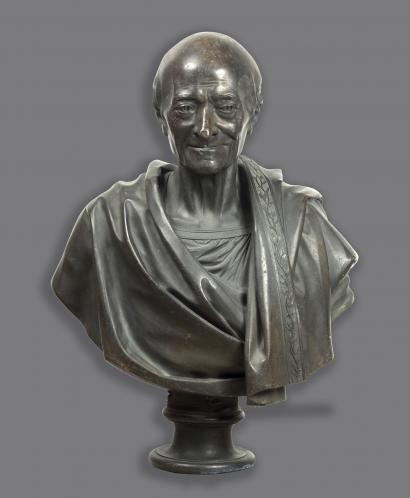 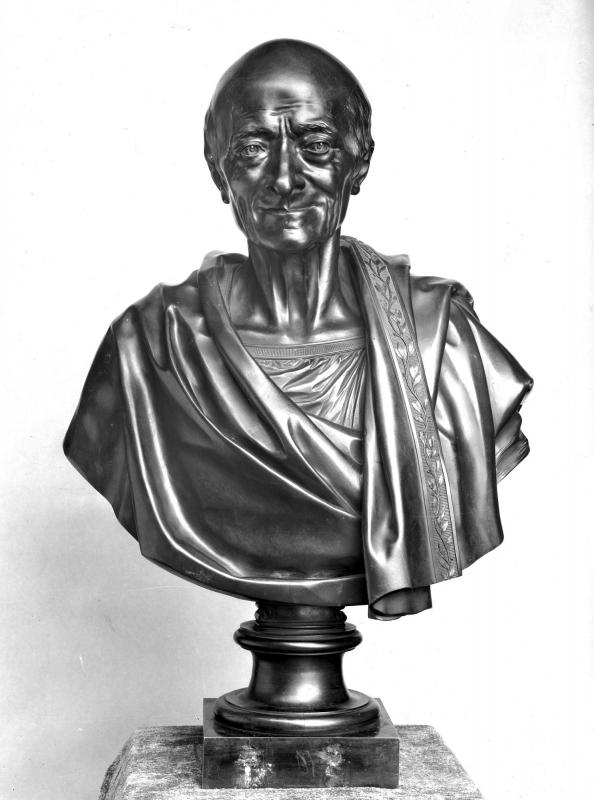 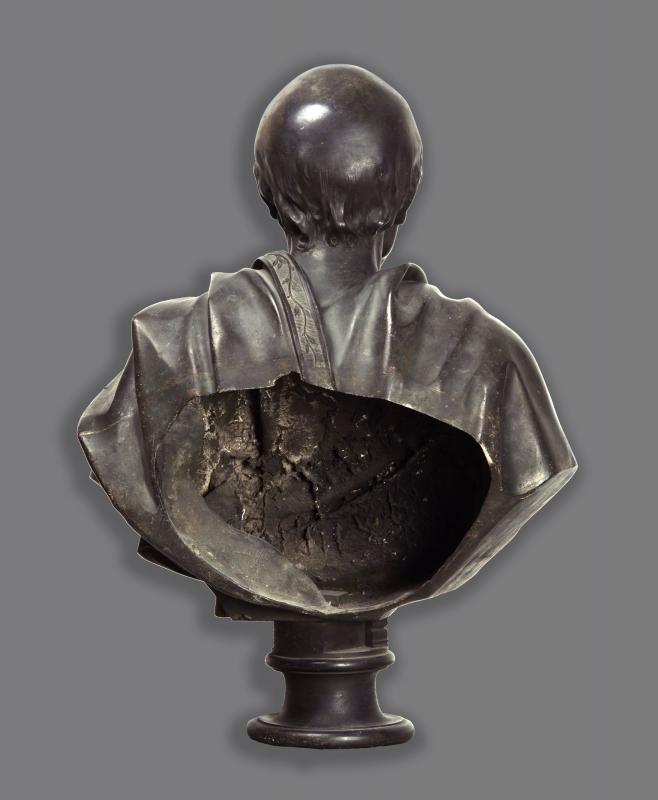 Back of the object before conservation

Among the most famous works of the French sculptor Jean-Antoine Houdon (1741-1828), who was famous as one of the most talented portrait makers of his time, there are the portraits of Voltaire, made from different materials and divided into several types. All of them have gained immense popularity and were repeatedly replicated by foundry workers and later copyists of the 19-20th centuries. Considering that, the fact that the bronze bust of Voltaire from the former collection of the Kaiser Friedrich Museum (donated by Justice Adviser Karl Lessing upon the opening of the museum in 1905) was created in the lifetime and with the direct participation of the master is even more remarkable.

Houdon, who first portrayed 84-year-old Voltaire in Paris a few weeks before his death in 1778, first only made the head in marble (Angers, the Museum of Fine Arts), and then reworked the portrait, adding a wig and costume in current French fashion. Catherine the Great, who was in correspondence with Voltaire and saddened by the news of his death, in the same year acquired both versions: with an uncovered head (in bronze, now in the collection of the Pushkin State Museum of Fine Arts), and the version in the suit "a la française" (gypsum, location unknown). Of these two, she strongly preferred the first one. According to the wishes of the empress, Houdon also created the third version of the bust, adding a Roman toga with a rim decorated with laurel leaves (marble, the State Hermitage, St. Petersburg). All versions of the bust have the same signature and date - 1778. According to Guillaume Scherf, the curator of the Louvre sculptures, this bronze bust "in an antique style", copying the marble original from St. Petersburg, was the one exhibited at the Salon of Paris in 1791, and a plaster prototype for both versions is currently in the collection of the Ducal Museum in Gotha, Germany.